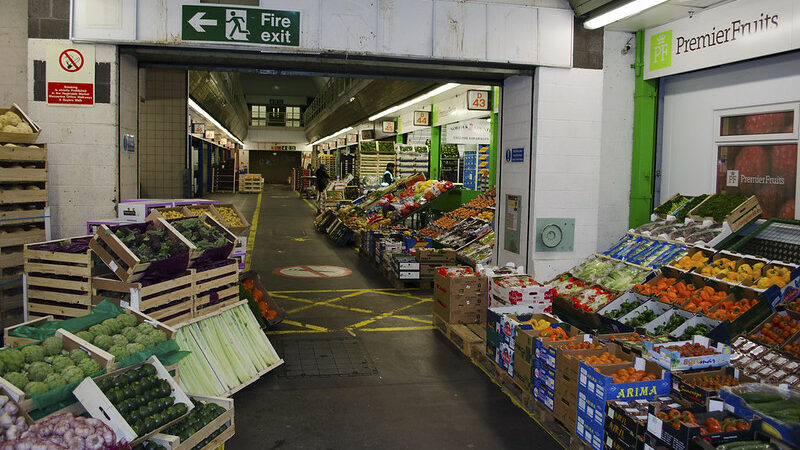 A union that represents low paid and migrant workers has complained of what they say is a clear-cut case of trade union victimisation at one of the UK’s biggest fruit and vegetable wholesalers.

The United Voices of the World union have lodged a formal complaint with the conciliation service ACAS over concerns at London-based firm Premier Fruits, after a recording emerged of a meeting on pay and conditions where a trade unionist appeared to be explicitly excluded. Shortly before the meeting, the worker had complained about lack of adequate safety measures at the company, as well as cuts to pay and hours.

In the management meeting with wholesale workers in May, staff at the firm were asked to sign a contract regarding the changes in conditions during the pandemic. Some workers faced pay cuts of 25% and loss of a week’s work a month. UVW told ACAS that management had already unilaterally cut workers’ hours without consultation.

In correspondence with the company, seen by LFF, the worker said: “I am aware that this morning…there was a meeting with everyone in the company where you told me I could not be there during the meeting. You said this in front of my colleagues and I felt humiliated and rejected. I am still part of the company Premier Fruits and I had the right there during the meeting. I feel that by seeking advice I have undergone trade union victimisation.” In other correspondence with the company, the worker alleges that he was told he could be dismissed if he continued with his complaint.

LFF understands that the company had taken a major hit during the pandemic. The company did not respond to multiple requests for comment.

In the meeting, a manager tells workers: “I’m extremely disappointed and upset over this person who’s decided to go to the union…you can probably guess which person it is because he’s not stood in this office at this time.

The manager adds: “We’ve got enough things on our plate…without that one person now side-tracking me.”

In a complaint to ACAS, UVW say Premier Fruits breached several pieces of legislation on workers’ rights and health and safety. The law is clear that employees cannot be discriminated against because they’re in a union or because of their union activity.

It is also illegal to cut pay in firms with over 20 members of staff without consulting staff. Employers must also take reasonable steps to protect workers and others from coronavirus and conduct a risk assessment.

ACAS was unable to comment on the case as it is now a formal dispute between UVW and Premier Fruits.

Petros Elia, an organiser at United Voices of the World, told Left Foot Forward it was ‘some of the worst union busting we’ve seen’: “When he refused to drop [his complaint] management convened an all staff meeting at which our member was humiliatingly excluded in order to try and make an example of him and intimidate the rest of the workers away from joining the union.

“In that meeting, management told the workers they were very “upset” and “disappointed” that anyone had joined a union, and went on to deliver a barrage of union busting lies – including that anyone joining the union would be seen to be attacking the company and if unions had their way about health and safety that they would ruin the country. Trade union rights, are human rights and UVW will not let Premier Fruits get away with this.”

Premier Fruits bill themselves as the “largest independent fruit and veg wholesaler in the UK with over 250 years experience…supplying to catering trade across England.” The company (Premier Fruits Covent Garden Ltd) and its subsidiaries made around £4m profit before tax in 2019.

Premier Fruits did not respond to multiple requests for comment.