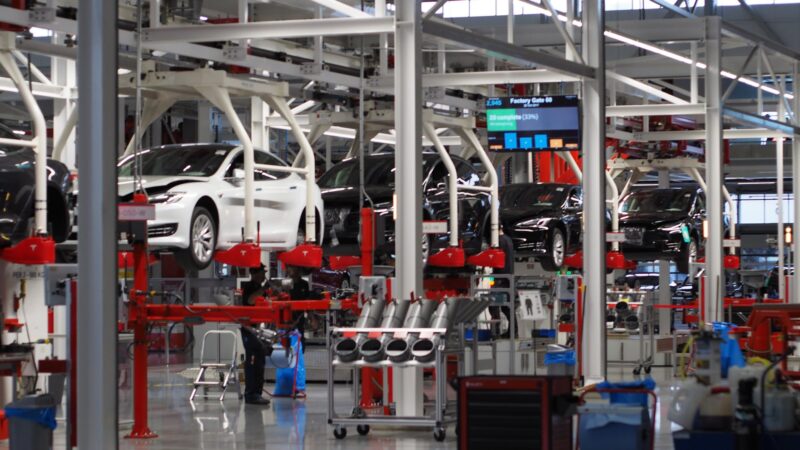 With the UK-Japan trade agreements starting from Tuesday the Trade Union Congress (TUC) and the Japanese trade union federation JTUC-RENGO have joined forces to warn that Japanese investment could be at risk unless the UK government negotiates an agreement with the EU that allows barrier- and tariff-free trade.

The TUC and JTUC-Rengo, together representing more than 11 million workers, say that the UK government’s priority must be negotiating a good trade deal with the EU. The joint statement says that the UK’s access to EU markets has been a major driver of Japanese investment in the UK over the years including companies like Nissan, Toyota, Hitachi and Honda which support thousands of union members’ jobs in manufacturing, research and the service sectors.

The statement outlines a series of requirements for any Japan-UK trade deal, including:

· Exclusion of all public services, including health, transport and education.

·Exclusion of special courts, including Investor State Protection mechanisms, which allow foreign investors to sue governments for actions that threaten their profits, such as Investor-State Dispute Settlement (ISDS) or the Investment Court System (ICS).

· Protection for the right of both governments to use public procurement to support economic development, improve working conditions and pursue social and environmental objectives.

· The TUC and JTUC-RENGO say both governments must engage with unions in trade negotiations.

The UK Government published its negotiating aims for a UK-Japan Free Trade Agreement (FTA) in early May. The government’s modelling predicts the economic benefit will be lower than the current EU-Japan agreement, with the long term benefit of just 0.07% of GDP.

The mad dash to get a cut and paste agreement with Japan is part of a plan to secure a series of agreements with other countries including the USA and Japan, followed by Australia and New Zealand, seeking to get 80% of total UK external trade with countries covered by free trade agreements by 2022.

The government plans for this in turn to lead to the UK joining the Trans-Pacific trade deal, known as the Comprehensive and Progressive Agreement for Trans-Pacific Partnership, (CPTPP). CPTPP countries include New Zealand, Australia, Brunei Darussalam, Canada, Chile, Japan, Malaysia, Mexico, Peru, Singapore, and Vietnam.

If the UK joined CPTPP, it could make dumping more likely by allowing Vietnam more access to its market. China could use Vietnam as back door to get greater access to the UK market and dump cheap manufacturing goods. This could put thousands of jobs at risk.

Priority sectors for the UK listed in the negotiating mandate for Japan include textiles, autos, financial and business services, digital and creative industries. These are sectors the UK government says are “expected to be the biggest winners of lowering trade barriers with Japan.”

But the lowering of Gross Value Added for the manufacture of autos, machinery and industrial equipment could have serious implications for UK manufacturing.

The UK Government aims to complete the deal before the summer so that the Japanese Parliament can approve it in September, with the agreement coming into force next January. This means minimal industry consultation and little time for industry to work out its implications.

In the joint statement TUC General Secretary Frances O’Grady said: “The UK economy and hundreds of thousands of jobs are already under pressure because of Covid-19 – the government must not make things worse by botching our future trading relationships.

“Nissan and other Japanese businesses have been clear that their current UK operations could become unsustainable if the UK fails to negotiate a good deal with the EU. The loss of those good, unionised jobs would be a devastating blow to communities like Sunderland.

“Ministers must get serious about delivering a deal with the EU that supports jobs, workers’ rights and the economy, and take no deal firmly off the table.

“A decent deal with the EU that secures high standards on workers’ rights and good jobs is an essential foundation for new trading relationships further overseas.”