The government have failed to enact their international obligations on workers' rights, a new report points out. 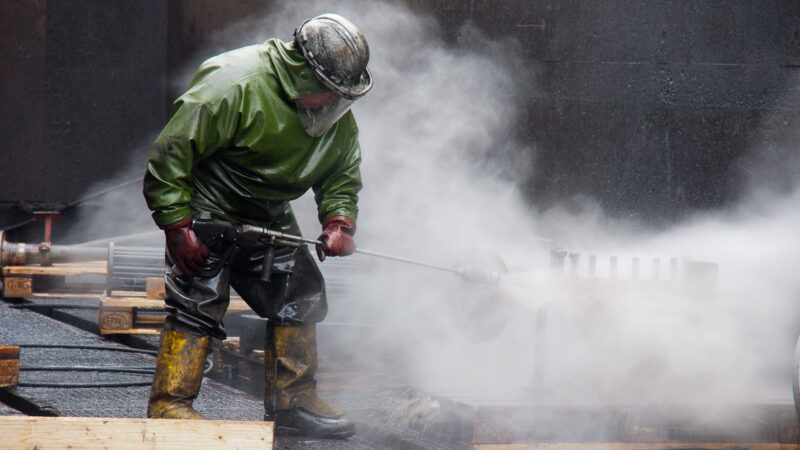 The future for workers’ health and safety rights in the UK is even less certain than before the current crisis.

Three months before we knew that Covid-19 was going to dramatically change our workplaces, the Johnson government reversed its pledge to retain EU employment rights as part of the withdrawal agreement negotiated by the May government.

Remember the withdrawal agreement? Some readers might, though it has been somewhat overtaken by intervening events.

The Withdrawal Agreement Bill 2019-20, passed into law as the EU (Withdrawal Agreement) Act in January this year, having dispensed with the assurances about workers’ rights. The government had effectively reversed earlier (election) promises and issued a clear signal of its intention to undermine workers’ rights, leaving us with only the somewhat ominous promise of an employment rights bill, which is scheduled to be introduced to Parliament later this year.

We already knew that Brexit is seen by many in the UK government and the Conservative Party as an opportunity to further undermine workers’ rights and intensify the ‘race to the bottom’ under the guise of improving the UK’s global competitiveness.

At the same time, the advent of new trade agreements with other states and trading blocs will mean that UK compliance with benchmark international standards on the regulation of work generally, and worker health and safety in particular, will come under more intense scrutiny.

Where the ILO comes in

The International Labour Organisation (ILO) is the single most important body charged with developing global legal standards for workplace rights.  Since the election of the first Thatcher government in 1979, however, the UK government has wherever possible avoided ratifying ILO Conventions, displaying a particular aversion to those relating to health and safety.

In our recent report, published by the Institute of Employment Rights, we find that the UK has only ratified 6 of the 35 ‘up-to-date’ health and safety conventions and protocols. This puts it on par with the following countries that have also ratified 6: Cameroon, Comoros Islands, El Salvador, Guyana, Libya, Lithuania, Mauritius, Mozambique, North Macedonia and Saudi Arabia.  In a league table of EU states’ ratification of ILO health and safety conventions and protocols, the UK is 26th out of 28. Only Romania and Estonia have signed up to fewer.

Despite this appalling record of non-ratification, the UK remains bound by both the European Social Charter and the United Nations International Covenant on Economic Social and Cultural Rights.

Those treaties use ILO health and safety conventions as the primary source of their evolving standards, and the occupational health and safety regime required of states by the Charter is acknowledged to be broadly equivalent to that required of member States by the EU acquis. This will remain the case whether or not the UK continues to be bound by the EU treaties and regardless of the type of trade agreement agreed between the UK and the EU, or any another trading bloc or State.

Whatever its future arrangements with the EU, the UK is therefore legally bound to guarantee EU health and safety rights by virtue of its European Social Charter and UNICESCR treaty obligations.

While the weaknesses of the UN and Council of Europe reporting regimes will very likely permit the government to shrug off adverse conclusions when or if it elects to infringe or discard those rights, the UK government would not be able to treat the consequences of breaching ILO Convention obligations as lightly.

EU states are given very wide leeway to dilute or emasculate the employment rights it requires member states to implement. That means the ILO conventions might plausibly be said to have always offered a more robust formidable political obstacle to the erosion of regulation at a European level.

This is a matter of considerable importance which appears yet to have been fully appreciated by either the UK government or the major UK trade unions.

Moreover, compliance with ILO standards is, to varying degrees, an almost inevitable feature of the free trade agreements the government sets great store by. As we have shown, the UK falls woefully short of comparator states in terms of its ratification of health and safety conventions and protocols.

Time to ramp up the pressure

To demand ratification of ILO treaties and the implementation of ILO standards is therefore something that remains very much on the political agenda whether the current government likes it or not.

The government should be placed under maximum pressure to ensure its ratification record is better than countries such as Cameroon, Comoros Islands, North Macedonia or Saudi Arabia.

We see ILO standards as a starting point; a useful mechanism to mobilise demands around. The key problem that we face in securing standards of health and safety in the workplace is the lack of power that workers have to organise around safe working conditions.  This lack of power is best addressed by unionising workplaces and winning enhanced powers for trade union safety representatives.

In the post-Brexit world, UK workers will have to seek international solidarity and develop common struggles for labour rights with workers in other economies, not only to stand still and avoid a race to the bottom, but to move forward and demand enhanced rights.

This is the same challenge that follows every economic and political crisis. The ongoing crisis precipitated by Brexit is no different.