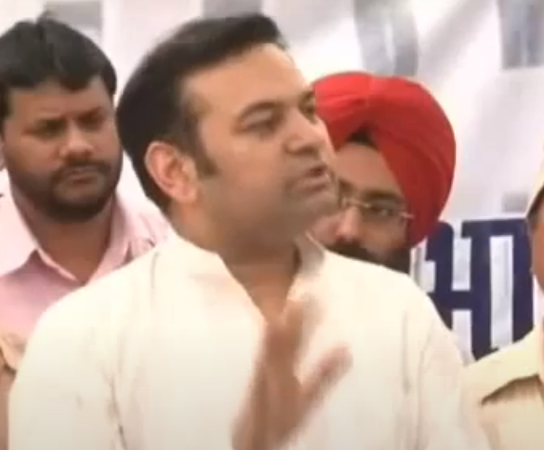 A businessman who gave £50,000 to the Conservative Party before the last election has called them a “laughing stock” because of their handling of the coronavirus crisis.

Property developer Anshuman Mishra tweeted: “I would like to request my fellow Indians to show some respect to our leadership – London/DC/Beijing entire Western Europe has become a laughing stock – We [Flag of India] have done a decent job battling health crisis with limited resources.”

The UK now has the highest death count in Europe despite the virus initially spreading less quickly than countries like Italy and Spain. The government now says international comparisons are not useful.

After donating £50,000 to the Conservative Party in November 2019, he received a letter from Boris Johnson thanking him for his “incredibly generous donation”, according to the Hindustan Times. He was also invited to a drinks reception with Johnson and party chair Ben Elliot in January.

Mishra is a supporter of the right-wing Indian leader In October 2019, Mishra used a ‘thank you’ emoji to re-tweet Katie Hopkins’ praise of Narendra Modi. She said Modi had the “gentle heart of a giant leader” while Pakistani leader Imran Khan “knows only hate”.

He has previously tweeted his support for the governments of Saudi Arabia and Israel.