To not be paid for risk to life, is a scandal - and a violation of people’s rights, writes Nina de Ayala Parker. 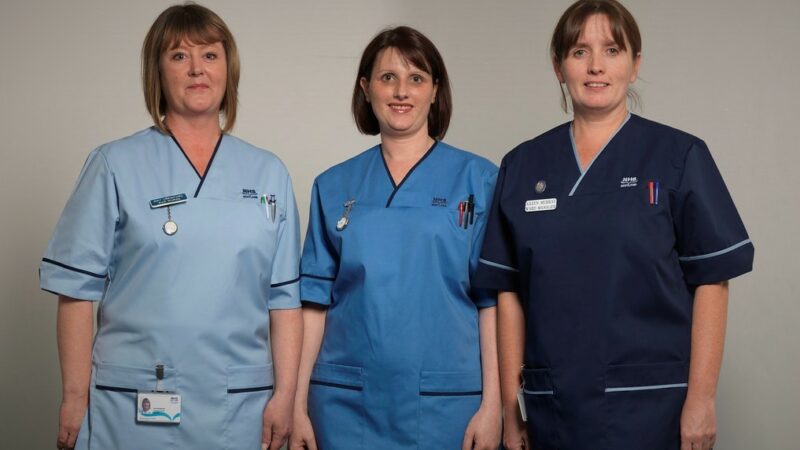 It may come as a shock to some, but our NHS nurses are not paid for the ‘risk’ they take, otherwise known as ‘risk pay’. Yet over the last few months, at least 160 NHS and care workers have already lost their lives due to contracting coronavirus at work.

Surely what has happened over the last few months is enough to justify paying nurses more? A pandemic…Tick. For the Prime minister’s own life to be saved by NHS nurses…Tick. Nursing, like construction and engineering, is an industry that must be paid properly.

It’s true that the government has lifted the 1% pay cap and replaced it with a “wopping”…6.5% pay rise over three years, which may sound nice, but is barely anything at all. We mustn’t swallow the spin.

It’s important to remember that in 2017 Labour put forward a motion to unlock the 1% pay-rise cap for NHS nurses. However, nearly every single Tory MP, with the help from the DUP, voted against.

The Tories then went on to jeer in that classic public school fashion – “here here, jolly good result” as the motion to end the cap on nurses pay rises was voted down. And it is those very same jeering, sneering Tory MPs who clap and praise the nurses who risk their lives for ours – on a salary that’s a third of every MP on the bench. If ever there was a time to put your money where your mouth is – it’s now.

Those in power attempt to justify their decision to prohibit nurses pay rises as “political”. Is it political to put a cap on a whole generation of nurses’ futures? I have friends who are nurses and have openly toyed with quitting because the job benefits simply do not outweigh the risks.

Young 20-something nurses who pay £9,000 a year for a degree that used to be free. 20 something nurses who will struggle to get on the property ladder with their current salary in an already unforgiving property market. Young women, who watch our government clap for them, but not pay them what they deserve.

Ministers know now how indispensable, brave, compassionate, and skilled nurses are – how they saved the Prime Minister’s life. If Boris Johnson was able to give an honest answer to an honest question would he now support a pay rise?

Nursing is a science. To qualify one must have a degree in nursing listed under ‘sciences’. Yet, according to the government’s ‘point-based’ immigration policy, anyone who earns under £30,000 is ‘unskilled’.

Nurses on an average salary of £23,000 are – by the government’s analysis – unskilled. Applying that same policy, probably all the nurses who saved Boris Johnson’s life at St Thomas Hospital would be deemed “unskilled”. I would give money to see Boris Johnson do a nursing degree and attempt a day on the job.

According to the Royal College of Nursing 89% of nurses and health visitors are women. A recent report on ‘Gender and Nursing as a Profession’ conducted by the Royal College of Nursing exposes the “old-fashioned view that caring for others is a feminine characteristic” and has led to the curtailing of nurses’ wages and working conditions for generations. The report also found that women nurses are paid 17% less than their male counterparts despite women dominating the sector 10 to 1.

As accurately told by Maja Gustaffson, researcher at the Resolution Foundation think tank, “women, young people and the low-paid are most likely to be bearing the biggest health and economic risks from the crisis, which has shone a spotlight on the vitality of work that has been undervalued and underpaid for far too long,”

2020 must be the year nurses pay is increased to reflect their skill. Nurses must be paid more. If it takes a pandemic to make the nation realise the scandal of the past pay caps and tiny pay rises, then so be it.

Coronavirus is a wakeup call. The UK government must pay the people who save our lives equitably – akin to doctors.

Underpaying NHS nurses should be ancient history. The undervaluing of nurses has come to an end, with the nation’s clapping. Now, so too should the scandalous pay cap and teeny, good for nothing pay rises.

My friend, who has chosen to stay anonymous, is a nurse, and has started a petition – by signing you are calling on the government to lift the pay cap and give nurses and midwives regular pay rises. Please sign it here.

Nina Parker is a writer and campaigner.

See also: Prof Prem Sikka: We must rebuild, not tax and cut