Will she oppose a US trade deal? 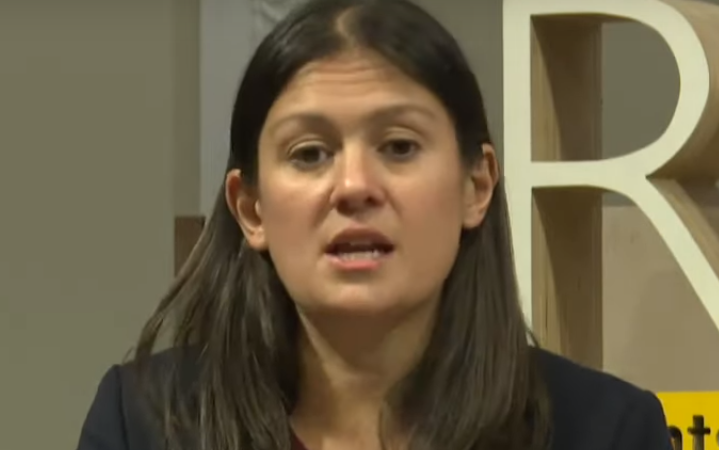 Labour’s new Shadow Foreign Secretary is Wigan MP Lisa Nandy. Looking at what she’s said and how she’s voted on foreign policy gives us some clues on how she will act in this role, particularly with respect to trade deals, Russia, Israel-Palestine and military intervention.

At the start of her leadership campaign, Nandy made a speech at the RSA outlining her foreign policy.

She linked foreign policy to climate change and said that she’d “refuse to agree to any trade deal with a country that has not ratified the Paris climate change agreement.

The USA, which the Conservative government is targeting for a trade deal, is due to leave the Paris agreement in November.

Only eight countries have not signed the Paris deal. The biggest of these are Iran, Iraq and Turkey.

Lisa Nandy recently told Left Foot Forward that she wishes to avoid military action, though she believes the UK has an “ethical responsibility to protect people around the world”.

This is the “humanitarian intervention” argument. Nandy cites Kosovo as an example where intervention would be necessary.

She wasn’t in parliament for the Iraq and Afghanistan war votes but, since her election in 2010, has voted both for and against military actions. Each time, she was voting with her party leader Ed Milliband.

In 2010, she voted to establish a no-fly zone in Libya and in 2014 she supported air strikes against ISIS in Iraq. In 2015 though, she voted against military intervention against Syria.

In her RSA speech, she was highly critical of Russia and of Corbyn’s response to the 2018 Salisbury nerve agent attack. She said the party failed to infuse its internationalism with the values the party believes in.

“It was completely wrong that our response to this was to cast doubt on what happened and call only for dialogue. At a crucial moment, we hesitated in condemning an authoritarian regime….we stood with the Russian government and not with the people it oppressed.”

As a result of Labour’s weak position, the party let the Tories get away with their own “shocking weakness” on Russia, she said.

Nandy is both a self-declared Zionist and a campaigner for Palestinian rights.

She has said that she believes the Jewish people have a right to national self-determination and that makes her a Zionist.

Along with her commitment to Israel though, comes critique of their policy towards Palestinians. She has condemned what she calls the Israeli government’s “failure” to uphold international law and human rights with respect to Palestine.

She has also called Israel’s policies “the deliberate destruction of the hopes of a generation” and called for arms sales to Israel to be suspended.

As a newly elected MP, she visited Israel and Palestine in 2010 and in December 2018 she became chair of the Labour Friends of Palestine and the Middle East.

However, Nandy opposes the Boycott, Divestment and Sanctions (BDS) movement. This is a tactic used by pro-Palestinian campaigners to put pressure on Israel to change its policies It involves boycott Israeli products and divesting from certain companies accused of enabling the Israeli occupation.

Nandy has said she opposes this because it “throws into question the right of Israel to exist”. Despite her opposition to BDS, in 2019 she defended the right of BDS co-founder Omar Barghouti to speak at Labour conference.

Jas Melck is a student at the University of Warwick