"Shareholders, landlords, and lenders stand to gain substantially from this deal - which effectively bails them out in the midst of a global recession." 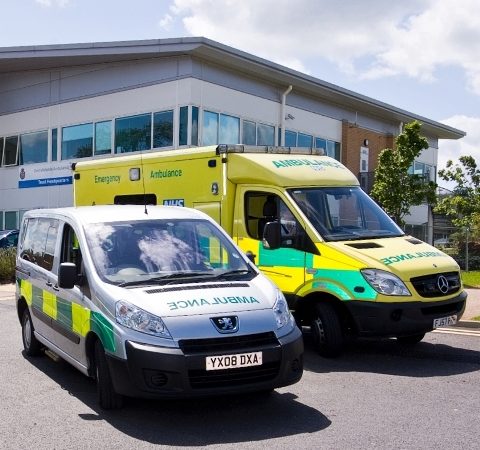 The government’s deal with independent healthcare providers amounts to a ‘bailout’ of the private health sector, according to new research.

Last month the government announced a deal with private health providers, ensuring the entire capacity of the private hospital sector in England will be used to treat coronavirus patients. The agreement was made on a ‘no profit’ basis, with health firms supposedly undertaking the work ‘at cost’, and the entire private health system effectively put under contract by the government.

But new analysis by the Centre for Health and the Public Interest (CHPI) sheds a highly critical light on the supposed ‘no profit’ claim of the deal, under which the NHS will gain an additional 8,000 beds and around 10,000 extra nurses from private health firms during the coronavirus crisis.

CPHI research suggests that the government – in agreeing to cover private hospitals’ rent and lease costs as part of the arrangement – are protecting private hospitals from severe financial difficulties caused by the pandemic.

The deal ensures private firms will be in a good position once the pandemic recedes to ‘financially gain’ from dealing with a massive backlog of NHS cases, caused by the current crisis.

Announcing the deal in March, a statement from NHS England claimed: “Under the agreement, the independent sector will reallocate practically its entire national hospital capacity en bloc to the NHS. It will be reimbursed, at cost – meaning no profit will be made for doing so. “Open book” accounting and external auditors will verify the public funds being deployed.”

However, the new analysis by CPHI suggest profits will be made indirectly through the deal. The analysis points to a likely drop in demand for private health care during the crisis:

“The widespread uncertainty and disruption caused by coronavirus was already having a big effect on the finances of private hospitals. Many have cancelled operations for at-risk groups, travel restrictions are limiting the supply of lucrative overseas patients, and NHS-funded operations were at risk of temporary suspensions.

“In addition, the spectre of a deep recession reduces the number of self-paying patients and impacts business from private medical insurance…[but] private hospitals still have to pay the full rent on their buildings and repayments on their debts, or attempt to receive repayment holidays or reductions…

“For this reason, the government’s deal to purchase their entire capacity in return for covering their “operating costs, overheads, use of assets, rent and interest” is in effect a bailout for private hospitals. This is because it keeps the sector afloat when it would likely face the same fate as other industries who are experiencing a significant drop off in demand due to the virus. Crucially it also represents a bailout for the landlords and lenders of the private hospitals whose investments would also be at risk if the hospitals were unable to honour their payments.”

The findings come after a group of NHS campaigners – led by public ownership group We Own It – wrote to Health Secretary Matt Hancock, demanding to see the contract between the NHS and private health firms.

“Help in this emergency is of course welcome. But should public money be used to bail out private health suppliers and leave them strengthened to cash in on the suffering which is bound to follow as treatment is delayed during the pandemic? Wouldn’t it be better to leave a stronger, less reliant NHS for all?”

Cat Hobbs, director of We Own It, told Left Foot Forward:

“This shows just what so many suspected – that the deal with private hospitals isn’t quite as ‘not-for-profit’ as we were told. It’s a scandal that at a time of national crisis, the government is paying out money like this to private companies.

“Instead, it should have followed the lead of Spain, by requisitioning private hospitals, to bring them into the vital fight against coronavirus without paying them a penny.”

There are several key ways the NHS’ deal represents a ‘win’ for private hospitals:

One firm involved, Spire Healthcare Plc, has already boasted to investors following the deal: “The agreement allows for sufficient notice to prepare for the resumption of private and NHS elective care in the normal manner once the COVID-19 peak has passed. Spire Healthcare should then be in a strong position to meet the demand arising from the period of elective suspension.”

The research points out other ways that private health firms could make ‘hidden’ profits from the NHS deal – including the NHS covering high-interest loans made within corporate groups.

“Based on the accounts (2017 or 2018) of their operating companies, the ten largest private hospitals owe £2.6bn in loans from companies within their corporate group, which is over 2.5 times more than what they owe to external lenders (such as banks). On examination, these internal loans can prove to be at very high interest rates (above the overall cost of borrowing for the group), indicating an element of ‘hidden’ profit making.

“Similarly there are rent payments and management fees made to companies which are part of the same corporate group. When there are transactions and deals between related companies it can be hard to determine what the fair ‘cost’ of the services provided (loans, management fees, or a property to rent) are, and this opacity can be misused to shift ‘hidden’ profits out of the UK company to related companies in, say, low-tax jurisdictions…

“Untangling what is true cost versus ‘hidden’ profit will therefore be a hard task for the government-appointed independent accounting firm.”