Neoliberals will soon forget their hour of need and will want a return to the past. People must organise to obstruct that return. 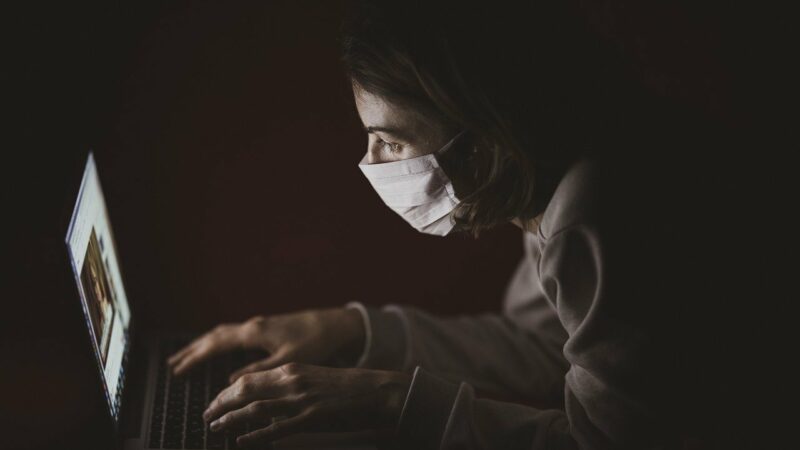 Neoliberalism has been the dominant ideology of the western world for the last 40-50 years. Its proponents sought the destruction of the state and limit its capacity to do their bidding, which included deregulation and cuts in hard-won social rights for people.

For neoliberals, markets, privatisation and commodification of everything was the answer rather than building a just society to enable everyone to live a fulfilling life. They portrayed public services as a burden on taxpayers rather than a social investment. Since 2010, a much lower proportion of the gross domestic product has gone to the National Health Service. Thousands of nursing vacancies remained unfilled. The government imposed wage freezes on public sector workers to give tax cuts to corporations and the rich. The government policies made a few people rich but most people struggled to make ends meet.

The light-touch regulation reduced HMRC’s resources. Banks, accountancy and law firms excelled at devising complex tax avoidance schemes. Billionaire Sir Philip Green’s BHS used intragroup transactions and a labyrinth of opaque offshore companies to returns to shareholders. The major shareholder in BHS was Monaco resident Lady Green and she was not liable to any tax upon dividends and other income from BHS. Green was not alone. Sir Richard Branson, resident in British Virgin Islands, operates through a maze of offshore trusts and corporate structures. He is a self-confessed ‘tax exile’ and his businesses such as Virgin Healthcare have paid no tax. The above are just the tip of an iceberg which has depleted the public purse and possibilities of investment in social infrastructure. Every year HMRC fails to collect around £34bn-£35bn of taxes due to avoidance, evasion and errors. Other studies estimate the amounts to be between £58.6bn and £122bn a year.

The folly of the above haunts the UK. The government imposed a lockdown to control the spread of the deadly virus and most business activity came to a halt. Markets and tax havens have not bailed out anyone. The richest 1% of people in the UK owns the same wealth as 80% of the population, or 53 million people, but the rich have not bailed out anyone. Only the state is providing support for employees, the self-employed and businesses. Billionaires such as Sir Philip Green  and tax exile Sir Richard Branson head the queue seeking taxpayer funded bailouts for their business empires. Only the hollowed-out state, underfunded public services and public purse now stands between neoliberals and economic oblivion.

Rich neoliberals are holed-up in their big mansions and private islands, but the daily risks of providing essential services are being borne by some of the most poorly paid people. These include nurses, paramedics, midwives, radiographers, care assistants, shop workers, refuse workers, delivery drivers, and postmen. Some of the lowest-paid public sector workers at HMRC and the Department of Work and Pensions are trying to get aid to people.

Neoliberals have long regarded anyone claiming social security benefits as scroungers. They have been content to see Statutory Sick Pay fixed at derisory £94.25 per week. We all remember how Ian Duncan Smith, former leader of the Conservative Party, boasted that he could live on £53 a week in benefits. With the spread of coronavirus, many middle-class neoliberals are facing the possibility of living of £94.25 a week and they don’t like it.

Some 42% of the UK adults survive on an annual income of less than £12,500 and draw little sympathy from neoliberals. The current national minimum wage for workers aged 25 and over is £8.72 an hour, which translates as £1,500 a month and the Institute for Fiscal Studies thinks it is too high. The government has responded to middle-class anxieties by fixing the wage subsidy, from the public purse, at maximum of £2,500 a month. This begs the question why the national minimum wage is set well below that level.  If £2,500 a month, or £30,000 per annum is required for a decent life, how can society condemn a large proportion of the population to live on amounts less than that.

The UK is estimated to have around 320,000 homeless and successive governments have done little about it. With concerns about the spread of coronavirus infections, central and local government agencies have managed to house all of them. It just goes to show what can be done.

Neoliberals will soon forget their hour of need and will want a return to the past. People must organise to obstruct that return. The state needs to be mobilised to ensure that homeless people are never again thrown out on the street. Investment in public services and healthcare must be seen as a public good. Inequalities need to be reduced by checking tax avoidance and taxing wealth and redistributing the proceeds. Everyone needs a decent minimum income and the current minimum wage and social security benefits are not enough. A universal basic income, much derived by neoliberals, needs to be considered.