He said Icke's views were "interesting" 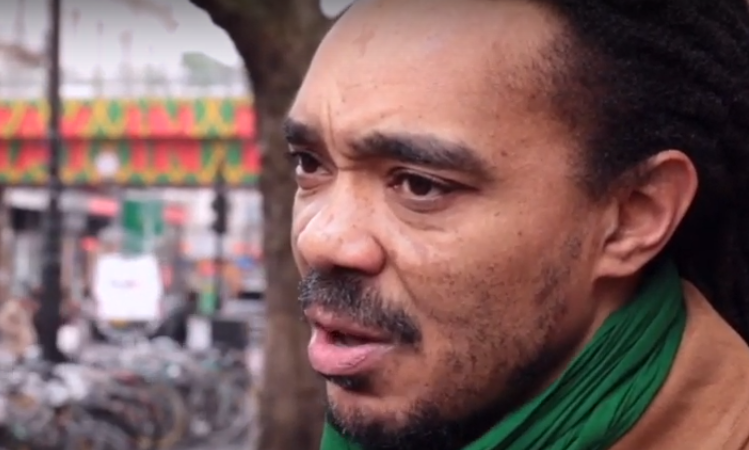 An elected member of the Green Party’s executive committee has shared an interview with notorious conspiracy theoriest David Icke.

Rashid Nix, the party’s equality and diversity co-ordinator, tweeted the video with the caption “interesting views”.

In this video, Icke suggested that the 2012 Hollywood film Contagion was produced to put the idea of a global pandemic into the public’s imagination.

Icke also claimed it was not a coincidence that Iran seemed to have a stronger strain of coronavirus which was killing its leaders, given Iran is an enemy of the USA and Europe.

Iran is suffering from the same virus as all other nations and the USA now has the most coronavirus cases.

Icke has previously claimed that the royal family and world leaders are lizards and has been accused of anti-semitism for promoting the ‘Protocols of Zion’ conspiracy theory.

An hour before Nix’s tweet about David Icke, he tweeted a photo of what looks like a 5G phone mast with the caption “nuff said!”.

A conspiracy theory that 5G is linked to coronavirus has become popular on social media recently. This has led to attacks on phone masts and engineers.

Nix was elected as the Green Party of England and Wales equality and diversity co-ordinator in 2019.

This means he is a member of the 19-strong executive committee which governs the Green Party of England and Wales. Election for this committee take place every year before the party’s Autumn conference.

In the past, Nix has stood unsuccesfully to be deputy leader and was the party’s candidate in Dulwich and West Norwood in the 2017 general election.

In December 2019, he accused the party of racial discrimination after he was not shortlisted for a campaigning job.

A Green Party spokesperson said Nix’s views “do not represent those of the Green Party or its executive.”

The spokesperson added: “At this time of crisis all efforts should be focused on tackling the spread of coronavirus and its devastating impact.”

Nix was immediately criticised by Green Party members on Twitter. Alistair Binnie-Lubbock said: “When you say “interesting” you mean “ridiculous” right? Don’t give him the ad revenue by linking to his total BS. Vulnerable people get drawn in by this snake oil, lizard conspiracy theory bollocks.”

Adam McGregor added: “David Icke belongs firmly in the Green Party’s past, and you do the party a massive disservice by promoting his voice while an elected officer of the Executive. Delete this.

Sue Caro also replied: “He’s a racist Rashid, you shouldn’t give him the time of day. The 5G thing is total bs, South Korea have had 5G for years & one of the lowest CV death tolls. Sweden & other Scandinavian countries have 7G networks.”