Around 4,000 people have died of coronavirus in care homes. 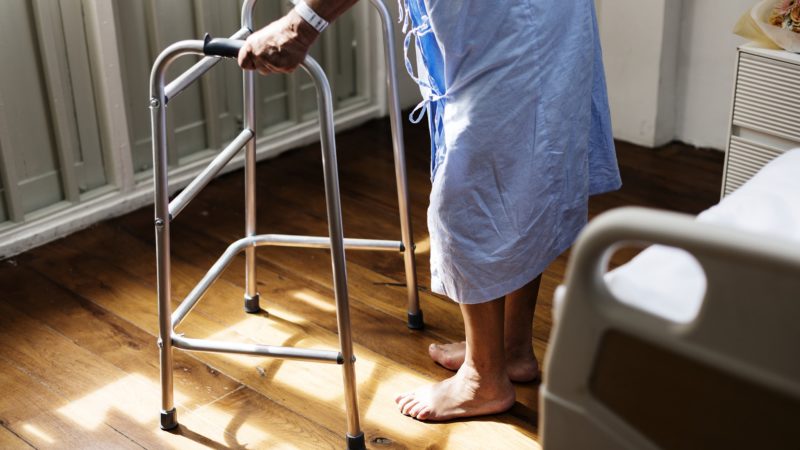 An estimated 4,000 people have already died of Covid19 in care homes, but the government have only just promised to introduce testing for patients being transported from hospitals into care homes.

Ministers complacency about care homes is painfully obvious and this has been exposed by the leaked letter from care home providers to the Department of Health.

Their repeated claims that decisions are being driven by the numbers is actually a worrying sign when the deaths in care homes have been largely invisible on the official figures.

Over a week ago, I wrote about how the government guidance for carers in both care homes and for the elderly living at home, was sieve-like in its lack of protection.

Carers were expected to protect themselves with personal protective equipment (PPE) if the person had Covid19, but they were not expected to help protect the cared for by wearing masks or gloves on a regular basis.

An increasing number have ignored the guidance and worn PPE if available, others have made the amazing sacrifice of living inside the care home in order to minimise outside contact.

However a combination of inadequate guidance, shortage of supplies and post hospital admissions has meant that the disease has been imported into a large number of care homes.

The absence of testing has then allowed the more rapid spread within care homes as neither the source of the infection nor its victims are rapidly identified.

It is a tragic mess. A scandalous mess but one that we need to deal with urgently. The first step is for the government to start being honest with us.

On March 22nd, Boris Johnson declared that the UK was ‘very, very well prepared” to handle the disease. He was sadly wrong.

The failure to acknowledge this has meant that our response has been constantly behind the curve.

We were late with the lock down and allowed events like the Cheltenham Festival to go ahead, despite knowing we were two or three weeks behind the awful tragedy unfolding in Italy and Spain.

The result is the highest daily peak of oronavirus deaths in Europe and that doesn’t even include the officially recognised deaths outside of hospital.

The government has organised a massive movement of truck loads of PPE to sites scattered around the UK but it has never been enough and the general shortage has never been acknowledged.

No figures have ever been forthcoming from No. 10 about the amount needed from foreign purchasing or domestic suppliers.

The fashion industry and even schools have got on with supplying their local GPs, hospitals, chemists, etc. with protective gear, but this is despite the lack of an appeal from Ministers.

The weeks have rolled on and over 40 medical staff have died. It has become clear that UK stocks were inadequate and the rationing wasn’t just an issue of bottlenecks.

Instead of a clear message from government that production of PPE was a key task, we reached that conclusion ourselves via the pleas of doctors, nurses and other key workers. That has to change.

If care homes are seen as a genuine part of the front line, will they be able to access urgent tests the way hospitals can now do?

I’ve always believed that a democracy can adapt faster to a crisis because the government has to respond quickly to any public concerns.

The current crisis is a big test of our journalists and our democratic institutions, but I’m not sure how well we are doing.

That is why Parliament needs to be recalled urgently so that scrutiny can extend beyond the daily press conference.