We are accelerating into our digital future. 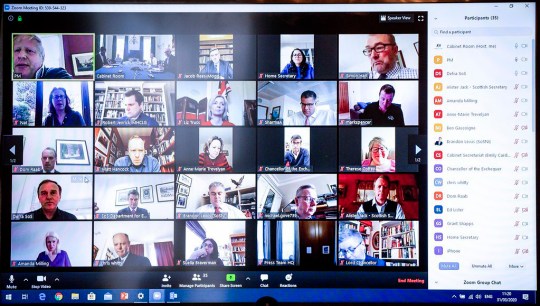 Who would have predicted Keir Starmer’s first Prime Minister’s Questions would be in an empty chamber or even via Zoom?

It is to be expected as the British government plans to set up a virtual parliament during the coronavirus shutdown.

This will enable MPs to grill ministers through video link. More than one hundred MPs signed an open letter last week calling for the creation of a digital Parliament to “maintain our democratic traditions in accordance with social distancing”.

Speaker Sir Lindsay Hoyle backed the calls for a virtual House of Commons. It will open officially after the Easter break on 21 April.

Parliament is behind the curve with the digitalisation of its activities. The rest of the UK’s political landscape went virtual with the announcement of the lockdown weeks ago. Coronavirus has hastened the arrival of the much-prophesised digital revolution of politics – we are living in it and it’s here to stay.

Calls to make a greater use of technology in Westminster have existed for decades, yet the coronavirus pandemic has accelerated these unprecedented moves towards a digital Parliament.

The online legislature could borrow aspects from “off-the-shelf models” that already exist in Brussels and Holyrood.  These short-term measures will become a fixture of political life for the foreseeable future.

Parliamentary reformers hope some will remain in the long-term. Allowing MPs to be able to vote electronically and commons to take video evidence are two such demands. The last New House of Commons emerged after being flattened by bomb damage in 1941. An overhaul has been long overdue.

The world of online politics is expanding in the age of social distancing. Social media channels are the only way to have a chat about the news or engage in politics.

Facebook has observed seventy percent more time being spent across their apps since the crisis arrived. Two out of every three users recognise the time they spend on online platforms will increase over the coming few weeks.

An older generation of once-sceptical Britons is joining Gen-Z and millennials on social media. Grandchildren are inducing their grandparents to internet culture. Baby-boomers have suddently become Baby-zoomers. It is unlikely they’ll forget how to use these technologies this time around.

As participation in politics becomes limited to online channels and social media usage surges, the terrain of politics is being digitalised. Grassroots movements are making greater use of digital technology to organise.

Constituency Labour Party Meetings are meeting via Zoom. Social activists are organising how they can support vulnerable and isolated people on WhatsApp. Momentum campaigners are mourning the election of Keir through the House Party app rather than drowning their sorrows in bars. Any revolution in the near future will be digitised.

Political campaigns are adjusting to the mushrooming of the online landscape. The Trump teams stepping up of its digital events series is a sign of things to come during this election year.

Without any precise exit strategy from lockdown, political parties on both sides of the pond will increasingly lay clickbait to seize the few minutes of attention ordinary folk have for politics.

Democracy going digital is not necessarily a cause for celebration. Sceptics argue that those offline will be pushed further out of politics.

Many a democrat fears the triumph of fake news and those cretinous twitter trolls. It could prove, however, to be a democratising force that empowers bottom up politics.

Perhaps the increased presence of the post-war generation and their sensible headedness will steady the social media ship?

A rapid digitalisation of politics has occurred because of COVID19. Almost every activity associated with politics from the cabinet to the village canvasser has gone digital in a matter of days.

Pundits had predicted this would take decades. There is now a widespread recognition about the maturity of these technologies. Historians will remember a profound change in our political life from the COVID pandemic onwards.

The speed in which digital citizens and politicians are embracing online tools to organise politics is occurring faster than ever anticipated. We are accelerating into our digital future.

Tom Wilkinson is a PhD candidate in the Department of International History at the London School of Economics specialising in the history of colonial and post-colonial India. Before commencing his doctoral research, he worked as a Parliamentary Assistant in Westminster and as a teaching assistant in New Delhi for the British Council.