Wolverhampton is a case study in how poverty exacerbates the Covid-19 crisis. 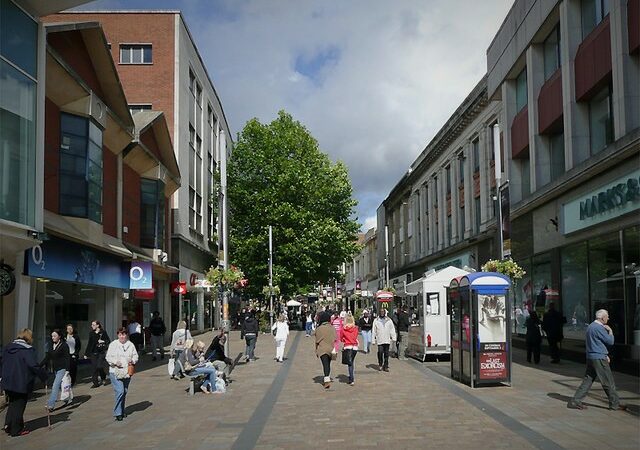 The West Midlands has quickly become a hotspot for the coronavirus, with its NHS trusts experiencing some of the highest mortality rates. In particular, the Royal Wolverhampton Trust saw the highest rates in the country for a time.

This has led to concern at the top of government. Matt Hancock said recently: “There is a hotspot, not as big as in London, but there is a hotspot in the Midlands. It’s something that we’re looking at very, very closely to find out why.”

It’s naïve to think there is some mysterious problem isolated in this region that Hancock will root out. The answer is an ageing population and austerity.

Wolverhampton is my hometown, and years of austerity have been brutal to it. There’s high levels of homelessness and unemployment, and a vacant city centre with boarded-up buildings.

This is an old story in the Midlands, and a legacy of years of underfunding which have left local people particularly exposed to any economic, social and health crisis.

Royal Wolverhampton NHS Trust’s last annual report noted the city is the 21st most deprived local authority, with the situation expected to worsen. Around 50% of the population is amongst the 20% most deprived nationally.

In the last local census produced by the Wolverhampton City Council, it performs worse than average in most health statistics. Around 7% of the city is in very bad health against a national average of 5%. Around 20% are disabled or with long-term health problems.

On top of this, the health life expectancy was for males 56.4 years and females 59.5 years compared to the respective averages in England of 63.5 and 64.1.

These figures are fundamental when you consider that poverty increases the risk of vulnerability to infectious diseases.

As poverty in places like Wolverhampton grows, young people move to wealthier cities. I moved to Birmingham and then onto London – a clear socio-economic upwards path.

This is shown by the demographics. The Office of National Statistics show that the over 65s make up 18.5% of the population in the West Midlands compared to 11.9% in London. Wolverhampton has a lower than average population between the ages of 10 to 50 and higher than average 80+.

In towns where the younger and aspirational populace have left for work, and the remaining residents live under the socio-economic reality of austerity, it is no surprise that the coronavirus will hit badly. The virus is most dangerous for older people.

In such a deprived city, there is a significant need for real investment into the local NHS trust, the city council and social support.

However, the health service in Wolverhampton has been cut away. The Trust was told to save £24.5 million in 2019 – though auditors said it had ‘only’ managed £8.47 million so far that year.

As reported in 2017 by the Health Service Journal, one exercise the trust carried out in order to cut costs is replacing registered nurses with unqualified ‘nursing associates’, which the British Medical Journal claims in their research would – on an average ward of 25 patients – increase the mortality rate by 21%.

What this has exposed in Wolverhampton is nothing mysterious, but the mix of a vulnerable society with an under-funded service. It is questionable how successful a quick input of funding into the NHS can get around the long-term problems of under-funding. The figures being reported nationally make grim reading.

Over the coming weeks there will be real questions asked of the government’s strategy in fighting the virus. But we must also remember the legacy of austerity in the years leading up to now, and what that means for these local trusts and councils trying to fight a health crisis on top of a social one.

Richard King lives in London and is a Momentum activist.