Who will the government blame if their coronavirus strategy fails? 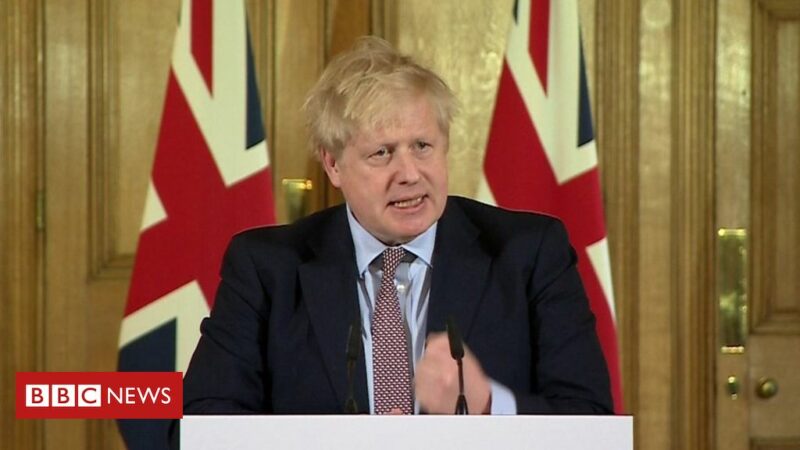 Across the globe, many premiers are currently enjoying record approval ratings: 71% of usually dismissive Italians approve of their Prime Minister, Angela Merkel has seen her favourability ratings increase by 11% since early March to a whopping 79%, and even Donald Trump has enjoyed a bounce in the polls.

Our Prime Minister is among those world leaders experiencing a boost in their popularity: a YouGov survey published yesterday showed that just over half of the public approved of the government’s record, compared with 26% who did not. These figures represent the highest approval ratings for a British government in a YouGov poll for a decade.

None of this should be particularly surprising. Times of a national crisis often produce a ‘rally around the flag’ effect in which the public places extra value on national unity and sees opposition parties and the media giving the government breathing space. In the later part of 2008, then Prime Minister Gordon Brown received a Brown Bounce for his handling of the financial crisis before his support diminished ahead of the 2010 General Election.

Some real problems lie ahead for Johnson now, too. An IPSOS Mori poll, carried out between 27-30 March, showed that 56% of UK adults felt that lockdown measures were too slow. The government’s failure to roll-out mass testing was highlighted on the front pages of almost every national newspaper this Thursday. Even the Conservative-backing Daily Telegraph ran with the headline “Questions without answers”. The paper criticised the government for being unable to say why the UK is lagging behind other nations on testing.

So the question then arises, who will the government blame if the going gets tough?

An easy target is Dominic Cummings. With his long history of disruption and ‘maverick’ behaviour, Cummings has few friends among the establishment of the Conservative Party. Cummings has already faced calls to resign after he advised the Prime Minister to pursue a ‘herd immunity’ strategy in late February. On 22 March, The Sunday Times reported that Cummings told Boris Johnson to   “protect the economy and if that means some pensioners die, too bad.”

This Thursday, the UK coronavirus death toll was reported to have risen by 569 taking it to 2,921. Left Foot Forward readers will not need to be reminded of Boris Johnson’s catalogue of moral failings but chief among of them is perfidiousness. If it is politically expedient to do so, Boris Johnson will not hesitate in throwing Cummings under the nearest bus.

Another tactic available to the government is to blame the public. On the sunny weekend before the lockdown was imposed on 23rd March, the government issued warnings to the record numbers who flocked to beaches, country parks and other beauty spots.  Much like George Osbourne’s ‘strivers’ and ‘shirkers’ rhetoric, the Tories are now pitting people against each other to direct attention away from the confusing messages which came from the government last month.

It is also worth noting that Johnson has reappointed Isaac Levido, who headed up his Facebook campaign in the general election. With this it would be reasonable to assume that the messaging coming from government may become more adversarial in the coming weeks.

There is great need for those active in progressive politics, as well as the media, to guard against any attempt from the government to distract or sow division amongst us. We need to keep asking the right questions about testing, PPE and the consequences of the initial strategy of herd immunity, and not be in drawn into debates on the Tories’ terms.

With a new Labour leader, the opposition will likely now become more vocal and coherent in its criticism of the government. We can’t squander this moment.

Andrew Tromans is a Labour Party Activist and local government candidate from the West Midlands.