European unions are demanding that companies pull their weight - and governments are being forced to listen. 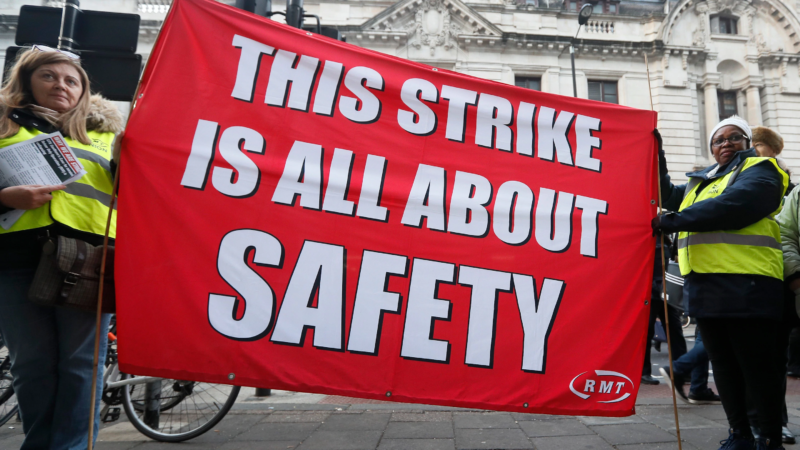 Europe’s trade unions are demanding that banks and big business do their bit to overcome the economic consequences of the coronavirus crisis.

Company shareholders are forecast to receive a record €359bn in dividends in 2020 – a massive increase of €12 billion on 2019, according to the European Trades Union Congress.

The ETUC says companies must put the interests of their workforce and the economy above those of shareholders by using the money available to protect jobs and wages. Companies in 20 European countries are receiving state support running into billions during crisis, according to the union confederation.

If big dividend pay-outs are made to shareholders, the European Commission and its member states must increase taxation on unjustifiable dividends to fund the public services currently stretched to their limits by the crisis, the ETUC argue.

It comes as the French government announces plans to stop companies in receipt of support paying dividends, while the European Central Bank has said banks should not pay dividends “until at least October 2020”.

As ETUC General Secretary Luca Visentini said: “At a time when millions of workers are worried about their livelihoods and small businesses are struggling to survive, it would be unjustifiable if a wealthy few continued to enjoy the dividend bonanza. Companies must prioritise protecting the jobs and incomes of its workers…Any dividends that are paid out should be taxed at a higher rate to ensure public services have the cash they need to beat this crisis.”

What is happening across Europe?

Research for the ETUC has found 18 EU countries have taken measures to protect the jobs and wages of workers who have been temporarily laid off or had their hours reduced.

In Croatia – which currently holds the EU Council Presidency – the government proposed to suspend employment and social rights. The move was quickly dropped after pressure from unions and the ETUC. The Croatian government told unions that they were unhappy that they had divulged the government plans to the ETUC!

In many countries, trade unions have been negotiating with employers and national governments to put in place policies which will secure the short-term income and long term livelihoods of workers.

In the Netherlands, the government agreed to trade unions’ proposals to preserve jobs and wages. The Dutch government announced a three-month scheme which will see workers retain their full income, while – depending on the size of their loss of turnover – companies receive up to 90% wage support from the state.  This scheme also applies to temporary and contract workers.

In Denmark unions, employers and the government agreed a temporary wage subsidy scheme for companies affected by the crisis. The government will fund 75% of wages up to 23,000 DKK (aprox.3,000 EUR) if the company refrains from making workers redundant who retain 100% of their monthly wage and in Romania workers will continue receiving two-thirds of their normal wage if they cannot work or temporarily laid off.

In the UK, the TUC has played a crucial role in securing the current agreement that reimburses 80% of wages up to a limit of £2,500 – protecting wages and jobs as well as pushing the Tory government to protect self-employed workers pay.

In an interview in the Sunday Times, Unite’s General Secretary Len McCluskey said: “Ever since the days of Margaret Thatcher, trade unions have been seen as the enemy within. But I have never had any difficulty differentiating the political area from what we need to do together in the industrial area. I am hoping that it might be a time to reset our economy and how we approach work.”