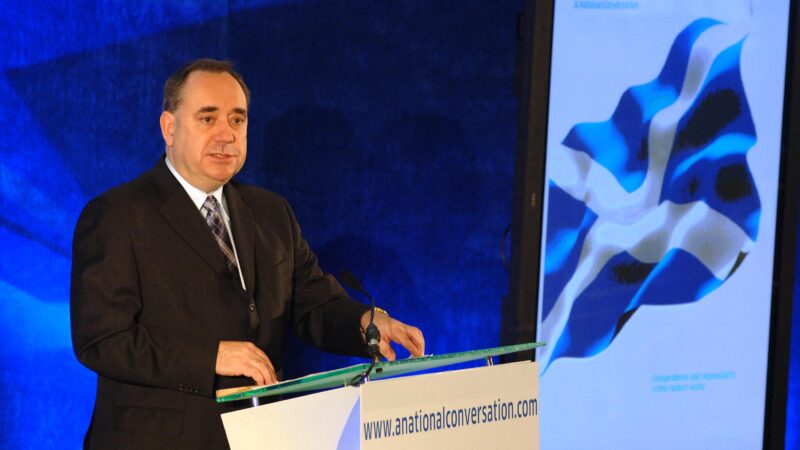 If not for a global pandemic, then yesterday’s high court result would likely be dominating the front-pages.

Speaking to journalists outside the court, Salmond was somewhat less triumphant and more muted than may have been expected, citing the coronavirus “nightmare” as a reason for brevity.

The verdict, which followed a two week legal case, will have social and political implications that extend beyond the court room. Within minutes of the result there were statements of support from various SNP MPs and MSPs.

Joanna Cherry MP published a statement that called for Salmond to be re-admitted into the SNP, which he resigned from in 2018 to pursue the case, and an independent inquiry into how the party had handled the allegations.

“I have known Alex Salmond for over 30 years and never believed the allegations against him” Tweeted former MSP and Presiding Officer Tricia Marwick, in a message that also praised Nicola Sturgeon’s leadership on coronavirus.

The former Justice Minister and now MP, Kenny MacAskill, didn’t just praise his former colleague, he also called for retribution. “Delighted for Alex Salmond. Some resignations now required.” He didn’t elaborate on who he meant, but it’s clear that things stand to get very ugly in the months ahead.

The infighting to come was alluded to by Salmond as well. In his short statement outside the court he also referred to evidence that he had wanted to use in his case but couldn’t for legal reasons. “Those facts will see the light” he pledged, “but it won’t be this day.”

The message of recriminations and further revelations was amplified by others among his supporters, who emphasised the need to be tactical with the timing to maximise the political impact.

“There is much to say and a need to take serious decisions about exactly when to reveal various crucial elements of information” wrote Craig Murray, the former UK ambassador to Uzbekistan, who has been a vocal backer of Salmond. “While the truth is vital, there can be a legitimate question at which moment it does most good. The most stunning information is in danger of being swamped by COVID-19 at the moment.”

Stuart Campbell, the blogger behind the controversial Wings Over Scotland website, was far clearer in who he felt was to blame. “We must note that no evidence directly links the First Minister [Nicola Sturgeon] to the events of the case, just as no German government document from 1939 to 1945 exists which explicitly connects Adolf Hitler to the Holocaust.” Campbell, who is not an SNP member, but who has strongly advocated for Salmond, also urged his Twitter followers to have patience and await further revelations.

One key question is if these sentiments are these the lone views of polarising and divisive bloggers, or if they are they widespread within the SNP and the wider pro-Yes movement.

There are many others who have been extremely uncomfortable with the case, the way it was fought and the message that was sent by the defence strategy; which alleged conspiracy, while condeming the “victim’s world” which it alleged we are living in.

A statement from Rape Crisis Scotland condemned a strategy, which it said “focussed on trivialising behaviours that would amount to sexual assault” and warned that the nature of the approach, and some of the press coverage, risked “turning the clock back on any progress [Scotland has] made towards a better conversation about sexual violence.”

This view was shared by the SNP’s recently elected National Women’s Convenor, Rhiannon Spear, who Tweeted “The verdict today will be traumatising for many who have experienced sexual assault. Fear of not being believed paralyses many into never reporting. We should pause to acknowledge this is a hard time. I’m disgusted at those who immediately seek political capital from this.”

For years there have been hyperbolic headlines about the SNP being in “civil war”, yet, despite this, it has remained a disciplined and united party and government, and an extremely effective political machine.

Only three months ago it won 48 of Scotland 59 general election seats and secured 45% of the vote. A lot could change in the months ahead, but current polls suggest it is still well on its way to a third Scottish election victory next year.

An indication of the scale of divisions may come in the weeks ahead, when Edinburgh Central members decide on their candidate for next year’s Holyrood election.

Their choices include the aforementioned Joanna Cherry, who has supported Salmond, and whose Chief of Staff was assisting his defence in a personal capacity, and the party’s former Westminster leader, Angus Robertson, who has reiterated his support for Nicola Sturgeon and the independence strategy being pursued by the leadership team.

In any case, the immediate priority of the Covid-19 crisis has almost certainly delayed any major political ramifications, but that doesn’t mean that it has dampened them. The process, and role of the Scottish Government, are being scrutinuised by a special committee in Holyrood.

But the wider social questions, and the question of how a political party with 100,000 members responds to the verdict are ones that are some way from being answered.