The government have demanded the urgent rehousing of street sleepers. But why wasn't this done years ago? 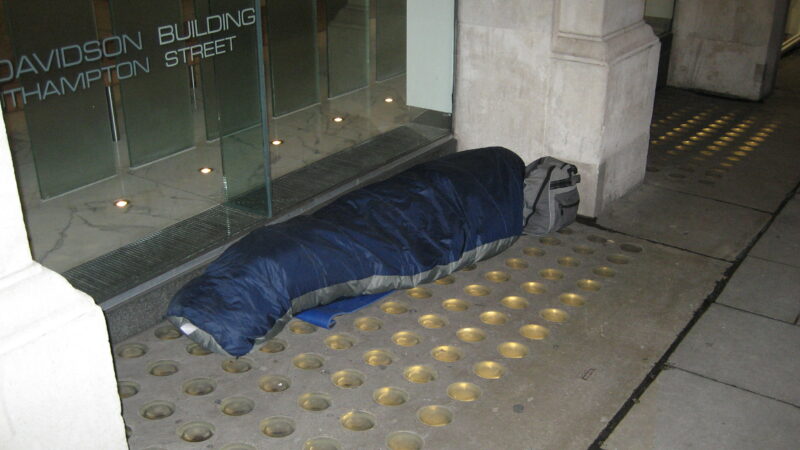 Among the myriad of the government’s rushed announcements was that local councils were to house all rough sleepers by the end of the weekend just gone.  It wouldn’t have been surprising for this announcement to go largely unnoticed, just as its intended beneficiaries have gone unnoticed for so long. However, it is such a drastic change of course from this Tory government, that it is something of a black swan even in these extraordinary times.

To say, the homeless have been affected by austerity measures is something of an understatement. A group that was already maligned has become further abandoned to the margins of society since the Conservatives came to power.  Over a decade, as deep cuts were made to vital provisions within local council budgets, the country’s number of rough sleepers has soared. Mark Fransham in the British Medical Journal states that the number of rough sleepers has gone from ‘1,768 in 2010 to 4,751 in 2017.’ Furthermore, the report suggests this is just the tip of the iceberg by adding that the hidden homeless in London alone are estimated at 225,000. These figures, despite the seriousness of the issue, have sadly fallen on deaf ears.

The data also suggests something even more harrowing. Crisis has found that if you are a rough sleeper, compared with the general population, your average age of death drops from 77 to 47. That is the impact of austerity measures on the homeless – their lives are at great risk of ending very prematurely.  Just as Boris Johnson once pledged to eradicate homelessness by 2012 and then subsequently never spoke of it again, so too were these figures ignored.

It has become the norm to expect that a Conservative government will act with indifference to the most vulnerable in society. However, these are not normal times. The coronavirus pandemic has made many things which seemed unlikely, become perfectly reasonable to expect – typified by the chancellor’s measures renewing the safety net that had been hacked away for so long. It is in this new, malleable form, that the government has changed course again with the request that all rough sleepers be put into accommodation.

Before congratulating this government on a moral and just decision, we should examine their reason for reaching such a decision. The reason loses its altruistic sheen upon further inspection, and it becomes glaringly obvious that this is a decision made out of a desire for self-preservation rather than genuine care. Austerity has meant that the NHS is clearly at risk of being overwhelmed. Therefore, the lockdown was an overdue response to stifle the development of the virus in the general population; however, the issue of rough sleepers means it was an imperfect solution. This is due to the potential for rough sleepers to contract the virus and become ‘super-spreaders’ themselves. If this were to happen, it would fuel an avalanche that would surely hit the NHS. Therefore, homelessness has become newly politicised – this group that had literally been confined to the shadows has suddenly been thrust into the spotlight.

Even more concerning than the act’s motivation, is its lack of substance. To house what local councils have estimated as being 25,000 people in the space of a weekend, not only requires a herculean effort from councils but also requires massive funding. A housing department spokesperson said: “We are working intensively with councils and the sector to get everyone who is sleeping rough off the streets and into appropriate accommodation – backed by £1.6bn of additional funding for councils to respond to pressures during this national emergency.” However, it remains to be decided exactly how and how much of this fund will be dedicated to the task. Additionally, the government is yet to provide any form of logistical support – as councils are left with a potential shortage of locations due to unforeseen hotel closures.  This ambiguity and lack of direction have left much of the realisation of this plan up in the air.

Overall, the long overdue attention finally being paid to the plight of the homeless is welcome. However, it will take more than an ‘urgent request’ to solve an issue that has plagued Britain for decades. Funding and specific detail will be needed quickly to make this operation a success. If rough sleepers are housed, Boris and the Conservative party would make good on their uncharacteristic manifesto pledge to ‘end the blight of rough sleeping.’ If they do not, the consequences will undoubtedly be severe for all, not least the most vulnerable – the rough sleepers themselves.