Imagine if 'levelling-up' was more than just a vacuous trope. 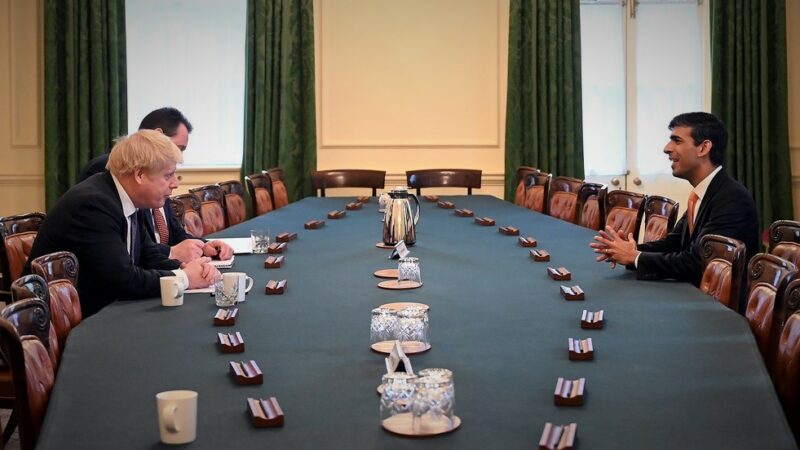 Boris Johnson’s ‘levelling-up’ mantra is yet another vacuous and misleading Tory trope.

It follows Thatcher claiming ‘there is No Alternative’ (TINA) to her hard-line monetarist policies that decimated Britain’s industry and laid waste to swathes of the Midlands and the north and George Osborne’s ‘all in it Together’, which saw austerity policies hit the poorest hardest.

The task facing chancellor Rishi Sunak in his Budget statement on Wednesday, complicated by coronavirus, is immense against the backdrop of the impact of Tory policies over the last forty years.

Policies like de-industrialisation, austerity for the poorest and quantitative easing for the richest, the unfolding disaster of Brexit and a failure to properly confront climate change and poverty have left the UK as one of the most unequal of the major advanced countries.

Low levels of investment in physical and social infrastructure, a productivity squeeze, stagnant wages, the rise in precarious employment, a housing crisis, stalled social mobility and a growing gap in life expectancy between poor and better-off neighbourhoods are all consequences of the Tory pursuit of right-wing economics and shrinking the size and reach of the British state.

So if the government’s ‘levelling-up’ agenda is to mean anything more than promises to invest in public transport over the long-term – the rationale being to reduce inequalities between the English regions and to restore 2010 levels of investment in the NHS and the police – then there must be significant attempts to reduce inequalities in wealth, income and life chances in Wednesday’s Budget.

A real ‘levelling-up’ Budget might include the following five measures which emphasise investment in physical and social infrastructure within a more progressive political context:

Firstly, we need to reduce income inequality with a more progressive tax system. This should be focussed on higher earners and large companies while seeking to eradicate tax avoidance and evasion. This is sorely needed as recent figures released by the Office of National statistics reveal that income inequality is higher than was recently understood.

Secondly, the introduction of a Universal Basic Income and new means of accruing wealth for young people, while eradicating means-tested benefits and Universal Credit over time, would help shrink the wealth gap between the rich and the poor. This could be funded by wealth taxes – especially a recalibration of Council Tax that could also help rebuild local council services.

Thirdly, investment in physical infrastructure must include more resources allocated to affordable housing (particularly cost-effective investment in social housing) to tackle homelessness and other forms of housing need and green retrofitting of existing housing to confront climate change and fuel poverty.

Fourthly, the creation and introduction of a real regional policy that emphasises devolution of funding and services to regional bodies, backed by social investment banks in each region to support local and mutual enterprises that retain value in their communities.

Fifthly, the dominance of former private school pupils in politics, business and the professions must be ended to simulate social mobility. This might be achieved by removing the massive tax breaks private schools enjoy and by requiring top universities to provide greater opportunities to state pupils.

Clearly, this government won’t embrace such a progressive agenda. That’s why political parties of the centre left and community organisations must now band together to form a progressive alliance that will harry this Tory government out of power as soon as possible.

Kevin Gulliver is Director of Birmingham-based research charity the Human City Institute, is former Chair of the Centre for Community Research, and part of the SHOUT save social housing campaign but writes in a personal capacity. His interests are social and economic policy, especially relating to housing, health, wellbeing, communities, deprivation and disadvantage, and inequalities.