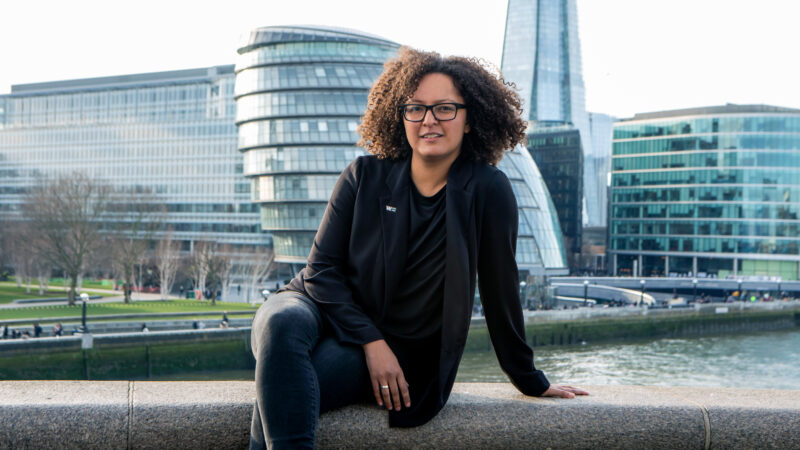 The Women’s Equality Party are campaigning to ring-fence funding for the Domestic Abuse Bill and find actual sustainable ways to help women and girls across the UK.

In reaction to a reintroduction of the bill ahead of International Women’s Day, they say at the moment it is simply “part of a package of cynical ‘women’s announcements’ that are usually made at this time of year, and without any greater clarity on how this will be funded”.

Speaking on the current state of support for women, leader of the Women’s Equality Party and candidate for London Mayor, Mandu Reid said: “As this political lip service continues, women are dying needlessly and lives are being ruined.

“Sixty percent of referrals to a refuge are turned away, domestic homicides are at a five year high and frontline services are crumbling because of insufficient funding.”

Mandu added: “We are campaigning to ensure the Domestic Abuse Bill guarantees ring-fenced sustainable funding for refuges and other specialist services, gives equal support and protections for migrant women and gives every woman fleeing violence the legal right to a home.”

Left Foot Forward caught up with Mandu to ask why it’s so important to secure funding to help women from all walks of life.

“Women are dying every week at the hands of their partner or ex-partner, and in the years that the government has delayed passing this bill the death rate has been rising,” Mandu said.

“Usually, these deaths are the culmination of sustained abuse and controlling behaviour. They often follow a period of terrifying stalking and harassment. They are always preventable.”

Mandu went on to explain that currently 60 percent of women seeking shelter in a refuge are turned away, and it’s often women with children.

She said: “Specialist services for BAME women are on their knees as their funding has been slashed and less than one in ten refuge places are accessible, despite disabled women being twice as likely to experience domestic abuse as non-disabled women.

“The Domestic Abuse Bill is not perfect. There needs to be clarity on where funding will come from, provision to support specialist services and an extension of the same rights and protections to migrant women. The Bill should also give every woman fleeing violence in the UK the legal right to a home, as is already the case in Scotland and Wales. These revisions should be made as quickly as possible to allow this Bill to finally become law. Because until it does, women will continue to die.”

Mandu also has insight into why this bill has taken so long to even look into.

“The Bill was first promised almost three years ago but was never even debated in parliament. Boris Johnson’s suspension of parliament last summer meant it was then dropped when he chose not to carry it over to the next parliamentary session. It has now been re-introduced following the general election but all previous progress has been lost and the legislative process must start from scratch.

“It should never have taken this long to address the crisis of domestic abuse and pass this Bill into law. The reason the government has dragged its feet is simple: It does not see saving women’s lives as a priority.”

Currently domestic homicides are at a five year high. Looking into the wider issue, Mandu said it’s all because domestic violence is a “cause and consequence” of women’s inequality.

Mandu continued: “Tackling it for good will involve dismantling the inequalities women face in all areas of life to ensure they have equal power in society. But even while the conditions that lead to abuse continue to exist, there is no excuse for the state of emergency that the UK finds itself in.

“We know that the first year after leaving an abusive relationship is the most dangerous in terms of the risk of violence and murder. That’s why it is so vital that help is there for women when they ask for it.

“And yet successive governments have failed to prioritise ending violence against women and girls, while ten years of austerity have stripped away the support services that give women refuge when they leave dangerous relationships.

“That has left many women with a brutal choice between homelessness or returning to their abuser and the risk of escalating violence or even death.”