Current practices at Flybe (and many other firms) mean employees risk losing their pensions too when companies collapse. 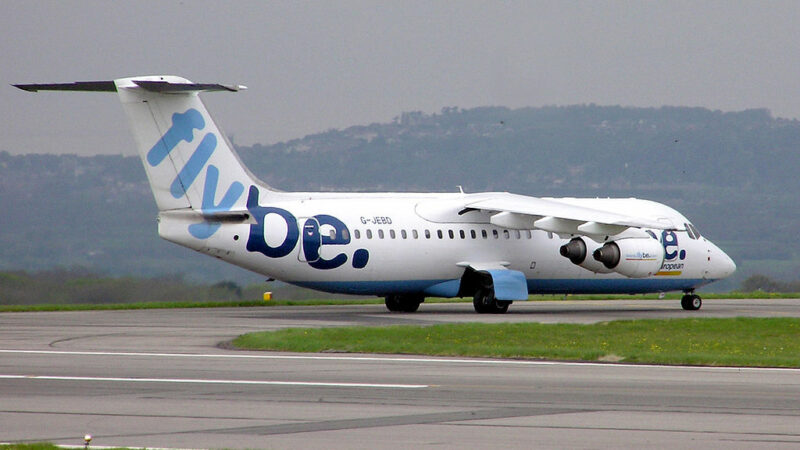 The most recent accounts held at Companies House for Flybe Group Plc are for the year to 31 March 2018. The accounts, audited by Deloitte for £600,000, stated that the company is a going concern. Its defined benefit (DB) pension scheme had liabilities of £169.5m and a deficit of £18.8m.

In 2017/18, the DB scheme was closed and replaced by a defined contribution (DC) scheme. Some 1,350 employees are in the DB scheme and it is their pension rights at risk.

In November 2018, just before a takeover, Flybe published unaudited interim accounts for the period to 30 September 2018. These show the pension scheme deficit to be £11.6m. The reduction is due to changes in accounting methods rather than any payments by the company.

Flybe entered administration on 5 March 2020 and Ernst & Young were appointed administrators. The pension scheme deficit at that date is not known and may have worsened.

Most DB pension schemes require employers to make good the deficiency in the pension scheme. If the scheme has a surplus, employers are permitted to take a pension holiday and are also allowed to appropriate surpluses.

In February 2019, Flybe was bought for £2.8m by a consortium consisting of Virgin Atlantic, Stobart and hedge fund Cyrus Capital, with a promise of loans. Numerous fixed charges on assets of the company were registered in favour of banks and hedge funds. These included DLP Holdings SARL, a Luxembourg-based company owned by funds managed by Cyrus Capital Partners.

Through such processes shareholders became secured creditors. The security eliminates or reduces the risk to shareholders arising from bankruptcy of the company.

Secured creditors with a fixed charge, usually banks and other providers of long-term finance (such as DLP Holdings), are paid first from proceeds of the sale of assets. Pension schemes are ranked as unsecured creditors and have a lower ranking and usually recover little or nothing of the amounts owed to them.

So Flybe pension scheme members face a hit on their pension rights.

Following the Pensions Act 2004, the Pensions Regulator (TPR) can issue a contribution notice and require that a specified amount of money to be paid into a UK pension scheme by an individual or a company. The Pension Protection Fund (PPF) can bail out UK schemes with deficits. The bailout is generally restricted to 90%.

However, neither the TPR nor the PPF can help Flybe employees because the pension scheme, the British Regional Airlines Group (BRAG) pension scheme, is registered in the Isle of Man, a Crown Dependency, not part of the UK, so outside the jurisdiction of the TPR and PPF.

The Island’s Retirement Benefits Schemes Act 2000 governs schemes registered in the tax haven and do not seem to have arrangements for bailing out stressed pension schemes.

The offshoring of pension schemes will hit Flybe employees hard. There is media speculation that the company may be unable to meet the entire pension liability of £169.5m.

At the time of the February 2019 takeover (see above), the Virgin, Stobart and Cyrus Capital must have discussed the financial position of the pension scheme. What guarantees, if any, were given about addressing the deficit or transporting the scheme to the UK to enhance protection for employees?

Why does the government permit UK employee pension schemes to be held and managed from tax havens which offer lower protection? How many such schemes are there?

Under Section 172 of the Companies Act 2006, UK company directors are required to have regard to “the interests of the company’s employees” in making decisions. How did they discharge this duty?

A parliamentary inquiry is needed into the above.

Flybe is the latest example of how employees can be shafted by corporate bankruptcies — see also what happened at BHS, Carillion, Bernard Matthews, Toys R Us and Maplin, to mention a few. The Pension Schemes Bill [HL] 2019-21 going through parliament fails to protect employees and needs amendation.

The current law enables secured creditors to walk off with most of the assets of a bankrupt business, leaving little or nothing for pension schemes.

This is effectively a wealth transfer from employees to secured creditors and will bolster the returns to Flybe shareholders. The risks of bankruptcy are not equitably shared.

Rather than being ranked as unsecured creditors, pension schemes need to be treated as priority creditors — that is, they should be paid before any other creditor.

Due to age and other factors, employees cannot rebuild their pension pot and face retirement insecurity. In contrast, banks and hedge funds hold large diversified portfolios and are in a better position to absorb losses. So this is desirable from a risk management perspective as well.