The move is being seen as a 'Johnson power grab'. 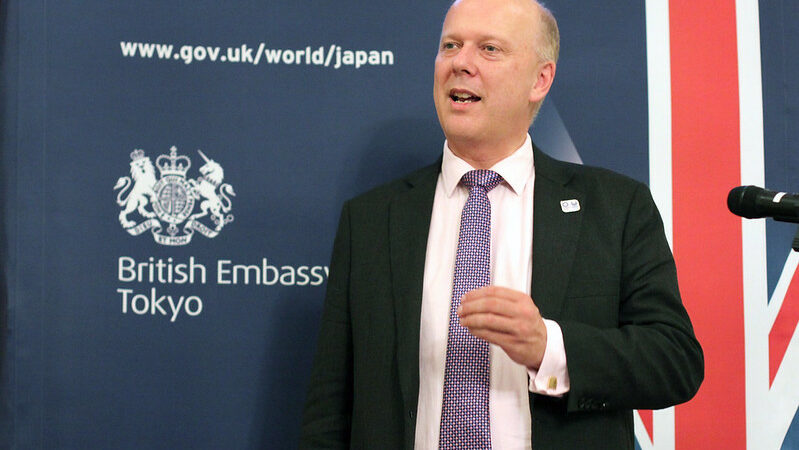 Grayling – who is seen as close to Johnson – led the disastrous part-privatisation of the probation system when he was a justice minister, and later oversaw the collapse of the East Cost railway franchise.

The Intelligence and Security Committee has the vital role of holding the UK’s security services including MI5, MI6 and GCHQ to account. Its previous chair, Dominic Grieve, was seen as an independent heavyweight, as a former Attorney General.

All MPs vote on the chair of the committee – but the government are reportedly whipping Tory MPs to back Grayling for the job, in a move likely to spark backbench unrest.

Human rights groups are concerned Chris Grayling will not be up to the job.

“The previous ISC played a key role in pressing for more transparency on Britain’s role in torture abroad. The UK government is currently proposing to block prosecutions of British troops for war crimes and torture after an expiry date of 10 years.

“At a time when the government is risking impunity for serious crimes and damaging Britain’s standing in the world, adequate and independent scrutiny is needed now more than ever. We hope that Grayling and the Committee will have the courage to confront this. The human cost of getting it wrong is too great.”

And Dan Dolan, Deputy Director at Reprieve, said: “In the last Parliament the ISC’s work was significantly hampered by its lack of structural independence from government, notably leading the Committee to “draw a line” under its inquiry into UK involvement in torture, because Downing Street had forbidden it from interviewing key witnesses. The ISC did make clear where its inquiries had been held back, and in the interests of transparency we would urge it to continue this practice.”

Acting Leader of the Liberal Democrats Ed Davey called it an ‘authoritarian move’:

“This is yet another blatant power grab by Boris Johnson and Dominic Cummings. They are trying to prevent anyone from holding them to account in a meaningful way.

“The Intelligence and Security Committee does crucial work holding the Government and security services to account. It scrutinises evidence deemed too sensitive for the rest of us to see.

“The public needs to have confidence that the Committee is independent of Government. Installing a lackey of the Prime Minister – especially one with as little credibility as Chris Grayling – badly undermines that confidence. Principled Conservative MPs should refuse to go along with this latest authoritarian move.”