Cuts to the NHS, Social Care and public health have left a system unable to cope with this level of threat. 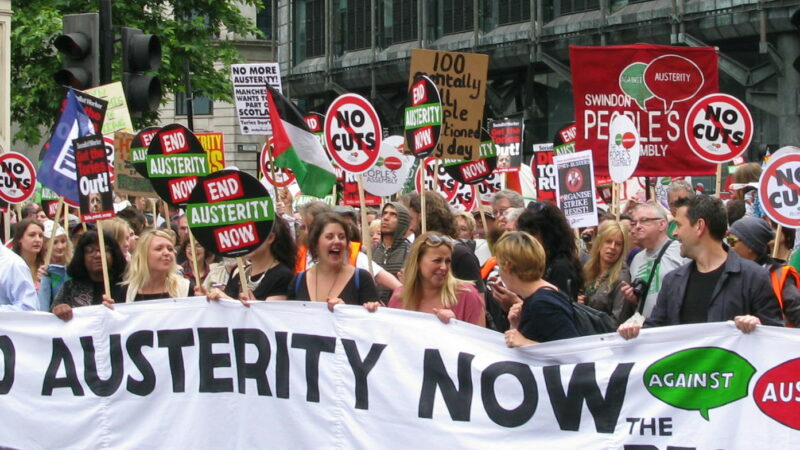 If further evidence that austerity is a dangerous idea were needed, the Covid-19 virus has surely provided it. Austerity has impoverished public sector workers and had disproportionately damaging effects on the most disadvantaged in society. The combined effects of welfare benefit and tax changes have resulted in a drop in income of between 4% and 10% for the poorest four tenths, while better-off households have seen gains.

The pandemic and the unfolding economic disaster will hit hardest Britain’s 14.3m people living in poverty: especially the 4.5m in deep poverty and the 1.3m who are destitute. Thousands of rough sleepers, the 320,000 wider homeless group and food bank users are also uniquely at risk.

Britain’s ‘flexible’ labour market, with the growth in self-employment, temporary and part-time work, zero hours contracts, and the weakening of the social security system underscores the insecurity faced by many millions in the face of the virus.

Yet perhaps the most dangerous impact of austerity in relation to the Covid-19 outbreak has been the under-funding of the National Health Service over the last decade.

Inadequate funding has left the NHS in a questionable state to deal with rising demand from a growing and ageing society – not to mention the fallout from the spread of the Covid-19 virus – with ongoing staff shortages exacerbated by Brexit;

Since 2010, funding has been among the lowest in percentage terms since the inception of the NHS in 1948. Budgets rose by just 1.5% each year on average over the last ten years compared to the 3.7% average since 1948.

One result of this under-funding has been an 18% loss in NHS beds from 171,000 in to 140,000.  The NHS now has one of the lowest number of hospital beds per head of population – and crucially intensive care beds – among the most advanced, industrialized nations.

At the same time, the NHS has begun to miss hospital waiting targets for the first time. Staff shortages have contributed to this as well as to the difficulty in many patients obtaining GP appointments which has an impact on A & E. One consequence has been a fall in public satisfaction with the NHS of 17% since the 70% highpoint in 2010.

The rundown of the social care system, which supports elderly and disabled people, is being exposed as a critical failure too since the sections of society most likely to be hit by the pandemic are reliant upon it. Again, under-staffing, exacerbated by Brexit, is undermining a key public service.

Finally cuts to public health budgets – vital in a time of much needed up to date information are also leaving us vulnerable.

The upshot is that austerity has undercut Britain’s ability to respond to Cov-19, which would have tested well-funded public services. This will cost the nation more lives than necessary and weaken economic capacity to rebuild once the pandemic has passed.