Unions on both sides of the Atlantic agree that workers rights and jobs must be the priority. 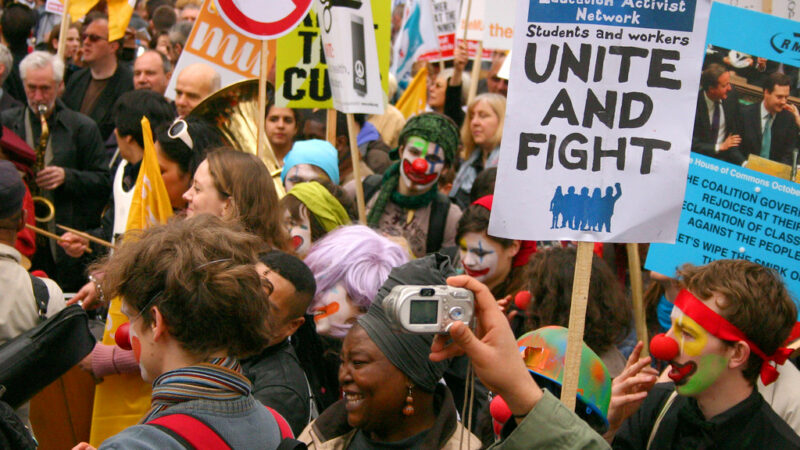 The UK Trade Union Congress and its US counterpart, the AFL-CIO, have warned the White House and Downing Street that any trade deal between the UK and USA must put workers’ jobs and rights first and including the right to join a trade union, the right to collective bargaining and the right to take industrial action.

The TUC, representing 5.5 million working people and 48 member unions, and AFL-CIO (12.5 million members and 55 member unions) have agreed that the UK’s main priority should be negotiating a good trade deal with the EU.

In the statement over the weekend both union federations say a trade deal with the EU must establish a level playing field on workers’ rights, protect jobs by preserving frictionless trade in goods and services, protect public services and ensure there’s no hard border in Northern Ireland.

The TUC also warned Boris Johnson’s government that, because US and EU standards diverge so dramatically, a trade deal that locks the UK into US-style regulations could prevent the government from negotiating the strongest possible relationship with the EU.

The joint statement issued on March 13th also outlines a series of key requirements for any UK-US deal, including enforceable commitments to protect workers’ rights, exclusion of all public services, including the NHS, transport and education.

It also calls for the governments to reject all kinds of special courts which allow foreign investors to sue governments for actions that threaten their profits, such as Investor-State Dispute Settlement (ISDS) or the Investment Court System (ICS), alongside a commitment from both governments to support the Paris Agreement on climate change, which Trump is currently trying to withdraw from.

To ensure that these requirements are met and that the deal prioritises the interests of working people the TUC and AFL-CIO have called on both governments to consult with unions before beginning negotiations.

As TUC General Secretary Frances O’Grady said: “A decent deal with the EU must be the government’s priority – not selling off our NHS to Donald Trump. Boris Johnson shouldn’t be rushing into talks with the US to make a political point.”

The statement from the TUC and AFL-CIO points out that: “For too long, trade deals have prioritized the interests of a handful of multinational companies over those of working people.”

The union confederations go on to set out 13 joint demands for a US-UK trade deal:

AFL-CIO President Richard Trumka said: “US and UK unions demand fair trade and will vigorously oppose any deal that seeks to promote the narrow interests of multinational corporations over those of working people.”