A majority of members backed a shift in the organisation's policy on the issue, says Humanist UK's Richy Thompson. 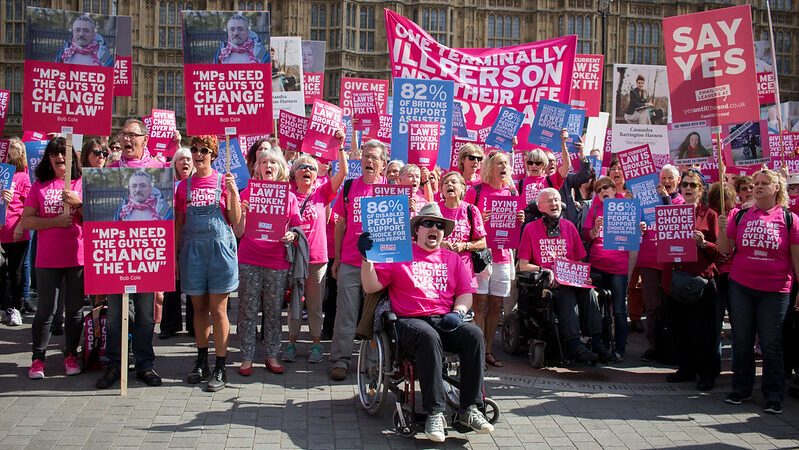 Last week, the Royal College of General Practitioners (RCGP) decided to retain its 14-year opposition to assisted dying, after having asked its members whether the College should change its stance on law reform.

The outcome was pretty remarkable, given 52% of GPs voted to move to a neutral or supportive stance.

In the UK assisted dying is illegal and a doctor found guilty of helping someone to end their life can be jailed for up to 14 years. Yet, among the medical profession, support for a change in the law has historically always been among the highest among GPs.

Why is this the case? One explanation is that unlike other medical professions, the close bond between GPs and their local patients has always meant that GPs have had a unique perspective on pain and suffering.

In practical terms, it is GPs who have witnessed the limitations of modern care the most; since they are the ones who have prescribed medication capable of extending a patient’s life, but not necessarily capable of curing their suffering or distress.

For others, their role has meant witnessing and being called to monitor upon the inhumane and undignified process of their patients ending their life by refusing food and water – the only option currently permitted under the law.

As to another possible explanation, you might say GPs have always taken a keener interest in assisted dying than other professions, as in jurisdictions where a right-to-die is legal, doctor-patient trust is among the highest levels in Europe.

Indeed, more countries than ever, including Canada, have now legalised assisted dying and in doing so demonstrated that a balance between respect for patient autonomy and robust safeguards can be achieved under a sensible and transparent law.

In the last decade, there has been an overwhelming shift in popular opinion on assisted dying, as public support for a change in the law has now risen to over 90%. In this sense, GPs are no different. For example, in 2013, only 5% of GPs supported assisted dying in an RCGP survey, whereas last week a record high 40% voted in support. 11% voted neutral, 47% opposed, and 2% abstained. Of those expressing a view then, 52% voted in support or for neutrality, while 48% opposed.

All of this begs the question, why did the RCGP’s governing Council decide to maintain a hostile stance to assisted dying? Clearly GPs who voiced support for a change in the law would have voted for a neutral stance and ensured the RCGP’s outcome was neutral if they had known the decision would have been reached on this basis.

At the very least, this conclusion should raise questions about the College’s handling of the issue and act as a clear warning for other medical organisations. Last year the Royal College of Physicians (RCP) had no qualms about moving its position from opposed to neutral, after a plurality voted for opposition but a majority similarly voted for support or neutral. If the RCGP had anticipated it wouldn’t be willing to do the same, then it should instead have used a ranked pairs-style voting system.

Next week, the British Medical Association, the trade union body for doctors, will close its own members’ survey on assisted dying. Like the RCGP they have presented their members with a choice between being neutral, in support, or opposing a change in the law. Also like the RCGP it is possible that a plurality may back maintaining the BMA’s opposition but a majority support a neutral or supported stance.

In order to protect their credibility and trust in their vote, it is vital the BMA doesn’t make the same mistake as the RCGP, but instead follows the fairer route of the RCP.

Richy Thompson is Director of Public Affairs and Policy at Humanists UK.