Peers will be getting more in a day than many Universal Credit claimants get in a month. 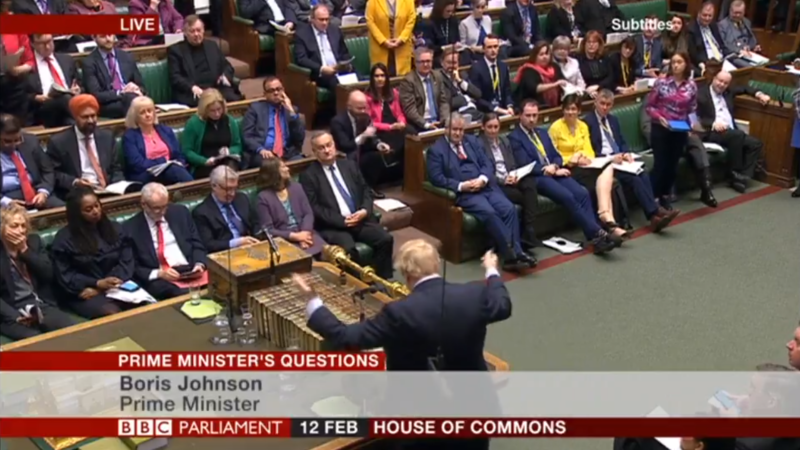 Boris Johnson was challenged today over his claim to want to tackle inequality between difference parts of the UK, with the SNP asking him if a hike in allowances for peers was what he ‘keeps talking about’.

The new daily allowance for the “unelected and unaccountable” House of Lords is set to rise to £323 – with the SNP highlighting the fact that the monthly allowance for a single person over 25 on Universal Credit is just under £318.

Johnson has previously talked about ‘levelling up’ different parts of the UK. But the SNP argue millions are being held back by an unfair welfare system, while London and South East-dominated peers are in line for an above-inflation hike in their allowances.

The PM replied to Kirsten Oswald MP by saying he did ‘find it odd’ that Peers are set to receive an expenses hike, but that ‘it is a matter for them’. Johnson said he ‘hates to agree’ with the SNP on the issue.

After a decade of Tory austerity child poverty and pensioner poverty has increased, with 14 million people in the UK are now living in poverty, according to the Joseph Rowntree Foundation.

“Boris Johnson completely missed the point of my question. It is a disgrace and a stain on society that an unelected and unaccountable member of the outdated House of Lords earns more in a day than a single person does on Universal Credit in a month – but the Tories just don’t get it and they never will.

“The Prime Minister’s response to my question is symbolic of the contempt and complete disregard they have for Scotland and for those trying to make ends meet – he might as well have just shrugged his shoulders for all the good it did.

“Governments have a responsibility to provide a safety net for people struggling to get by yet the Tories have been content to sit on their hands and pass the buck to the voluntary sector.”

Josiah Mortimer is co-editor of Left Foot Forward. He also works with the Electoral Reform Society.