The hostile environment in health: Over 700 women were handed invoices for maternity care in just one NHS Trust last year. 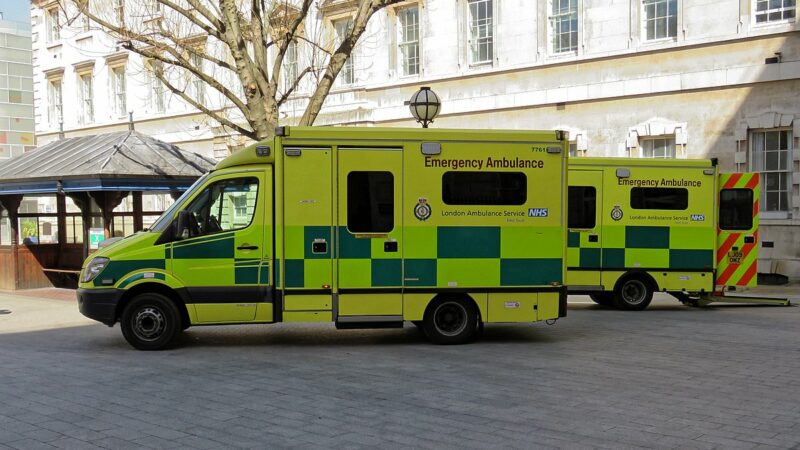 739 pregnant women were refused free NHS maternity care at Whipps Cross Hospital, Newham Hospital and the Royal London Hospital in 2018/19, as they were deemed ‘overseas visitors’ by Barts NHS Trust, according to responses to Keep Our NHS Public.

In total 456 women at Newham Hospital, 120 women at Whipps Cross Hospital in Waltham Forest and 163 women at the Royal London Hospital in Tower Hamlets were handed with bills from the NHS for treatment in 2019.

Campaigners from local health campaign groups who revealed the figures believe the women were not really ‘overseas visitors’, but were women who had been deemed not ‘ordinarily resident’ in the UK due to government policy changes made in 2015.

The latest revelations follow on from Barts NHS Trust’s participation in an identity checking pilot undertaken by the Department for Health and Social Care in 2017, seen as a plank of the government’s ‘hostile environment’ over immigration.

The maternity unit at Newham hospital and the renal department at the Royal London Hospital were used as sites for the pilot. Keep our NHS Public say figures for this have not been released, despite Freedom of Information Act requests being made by North-East London Save Our NHS (NELSON) – an umbrella group of community NHS campaigns.

Non-EEA visitors are made to contribute towards ‘non-urgent’ NHS healthcare, while the Conservatives also plan to increase a separate NHS migrant surcharge for workers here to £625 a year, up from the current £400 rate. It will be extended to all foreign workers – including EU nationals – after Brexit.

While the total charges invoiced to the women in Barts NHS Trust has not been revealed, a similar investigation by Save Lewisham Hospital campaign last year showed Lewisham and Greenwich NHS Trust issued 190 invoices for inpatient maternity care to a value of £1,148,918 averaging £6,047 per mother in 2018/19. Up to £9,000 was charged to women who experienced “complicated delivery” which included stillbirth.

The Save Lewisham Hospital Campaign recently secured an inquiry into Lewisham and Greenwich NHS Trust’s partnership with credit checking agency Experian to target patients likely to not be eligible for free NHS treatment. However, NELSON campaigner Rosamund Mykura said: “Barts has told us they didn’t involve Experian at all”.

“Charging overseas visitors for NHS Care is barbaric in that it deters the most vulnerable in society from seeking the medical care that they need in a timely fashion through fear of destitution and deportation. Charging also goes against the founding principles of the NHS which were of a comprehensive health service, publicly provided, publicly funded through taxation and free at the point of delivery to all.

“NHS founder Nye Bevan never intended the overseas visitor to pay and indeed a large proportion of NHS staff, many of whom work in the lowliest paid jobs, are from overseas. The NHS would not survive without them and we owe them a debt of gratitude.”

“The Home Office’s reputation has been trashed by its repeated mistakes, which leads to denial of free NHS care for innocent patients, as seen in the Windrush scandal. It is wrong that residents feel intimidated by the NHS.

“Sending patients’ names to the Home Office for checking is a bad for the affected patients, and for those who, having heard about patient charging, are then too scared to engage with NHS maternity services. Pregnant women can be asked to prove they are ‘ordinarily resident’ to get free treatment.

“The rules are complex, leading to NHS mistakes, which can affect any one of us, especially when the Home Office gets its data wrong.”

“It is extremely worrying to see the sinister tentacles of the government’s hostile environment policy continue to creep into the frontlines of our public services in London.

“I share the concerns of campaigners about the impact of the government moving the goal posts when it comes to the provision of free healthcare. It degrades the founding principles of the NHS which are a source of pride for everyone in our country.

“For many new parents, being presented with a staggering bill for maternity care will come as a nasty surprise, but this policy could also have the dangerous and nonsensical effect of deterring the most vulnerable women in our society from seeking vital medical assistance”.

“Like all NHS trusts, Barts Health follows the national policy issued by Department of Health and Social Care, and does not have discretion to waive charges that apply for patients who are not eligible for free NHS care.

Authors of the first major study on migrant charging for NHS England – published a day after December’s General Election – found that delays in seeking treatment by three women may have led to their deaths, following concerns over being charged for care and potential impact on their immigration status. This was despite the women all being eligible for free maternity care. The report read:

“There was a suggestion that this woman and two others whose deaths are considered in this chapter may have been reluctant to access care because of concerns over the costs of care and the impact of their immigration status. Within England, free NHS hospital treatment is provided on the basis of someone being ordinarily resident (Department of Health and Social Care 2018). Although no woman will be refused emergency treatment, this may not be commonly known. The importance of maternity care is recognised and is the only service explicitly classed as being ‘immediately necessary’ in the regulations, meaning it cannot be withheld even if a woman has no means to pay. However, women may believe they will be asked to pay in advance for planned treatment and this may act as a disincentive to seeking care.”