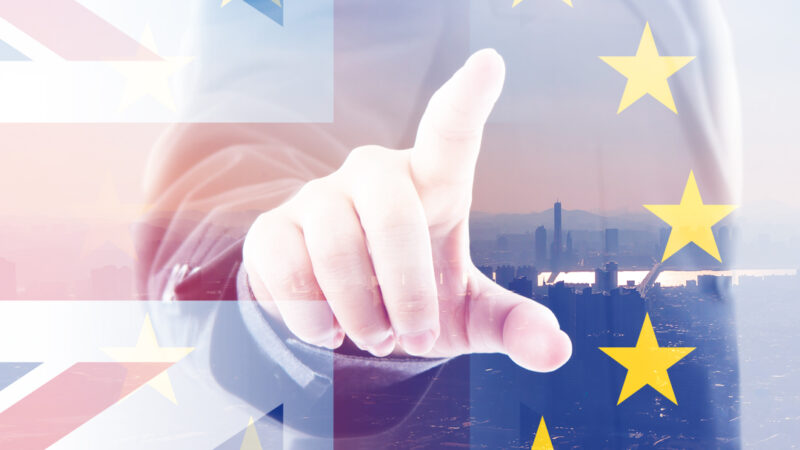 Government negotiator David Frost’s vision for future UK-EU trade looks like a set-up for No Deal on 31 December 2020 when the Brexit transition period ends.

The civil servant, policy adviser and career diplomat told an audience in Belgium at ULB Brussels University on 17 February, in a speech larded with rhetoric and obfuscation, that the Tory stance on independence and sovereignty post-transition is non-negotiable.

“It is central to our vision that we must have the ability to set laws that suit us – to claim the right that every other non-EU country in the world has. So to think that we might accept EU supervision on so-called level playing field issues simply fails to see the point of what we are doing,” Frost said.

“That isn’t a simple negotiating position which might move under pressure – it is the point of the whole project.”

The UK has already advised the World Trade Organisation that it will not seek any extension to the transition period. It follows that if no compromise can be reached, the UK must fall out of the Brexit transition period with no EU trade deal.

Frost also suggested it was “absurd” to claim that the UK would have to be aligned with the EU should it want a free trade agreement.

“Sovereignty is about the ability to get your own rules right in a way that suits our own conditions. Much of the debate about whether Britain will diverge from the EU I think misses this point,” he said.

Frost, like others in Boris Johnson’s government, formerly worked for the pro-Brexit, free-marketeer thinktank Open Europe.

David Henig, director of the UK trade policy project at the European Centre for International Political Economy, delivered a thread on Frost’s opening gambit via Twitter, criticising it for logical fallacies and an “unnecessary” attack on economists.

“The fatal flaw in the speech … is in the suggestion that an independent country has the absolute right and indeed, on this reading, a requirement to set laws that suit it with no outside interference. When for all sorts of reasons it cannot be that absolute,” he wrote.

Henig added that nation-states can and do make treaties that limit their rights — or sovereignty — for some greater good, with the 2019 Withdrawal Agreement being just one example.

“The speech goes on improbably to claim that Free Trade Agreements are the perfect form of treaty between sovereign countries. Even though they differ significantly from each other,” he said.

“In terms of regulation, the speech, while interestingly crafted, takes us no further forward. Because we know the UK doesn’t want the dynamic alignment for Great Britain we already accepted for Northern Ireland. And in terms of Northern Ireland I think this paragraph will ring hollow there and in Scotland.”

Henig in 2019 examined a popular post-Brexit view of free trade possibilities with the EU in this blog, explaining the difficulties in retaining, for example, the geographically specific protections around pork pies, feta cheese and so on, if jurisdictions were unaligned.

The Scottish National Party (SNP) and the Liberal Democrats reacted with horror to Frost’s speech.

Stewart Hosie MP, shadow trade spokesperson for the SNP, said the UK government was risking a “race to the bottom” with the plan to diverge from EU rules.

“Rather than working to maintain the high standards in place in the EU, the Tories’ insistence on diverging on rules will hit our businesses and vital industries,” Hosie said. “Frost’s first intervention as the UK’s chief trade negotiator is a worrying sign of the direction the Tory government is intent on dragging Scotland and the UK down.”

Ed Davey, acting leader of the Liberal Democrats, said Frost’s vision was something of a “scorched earth” approach that would leave people poorer.

“Boris Johnson should listen to the views of British businesses who want to maintain the closest possible alignment with the European Union. The UK is not South Korea or Canada and people do not want lower standards,” he said. “A scorched earth policy when it comes to continued UK participation in EU programmes will have serious implications for our ability to tackle climate change, maintain security cooperation and provide opportunities for our young people.”

Davey said the Liberal Democrats would continue to make the pro-European case, hold Johnson to account over for Brexit and “fight for a fair and prosperous” UK economy.