Has a 'unionist scare story' just been debunked? 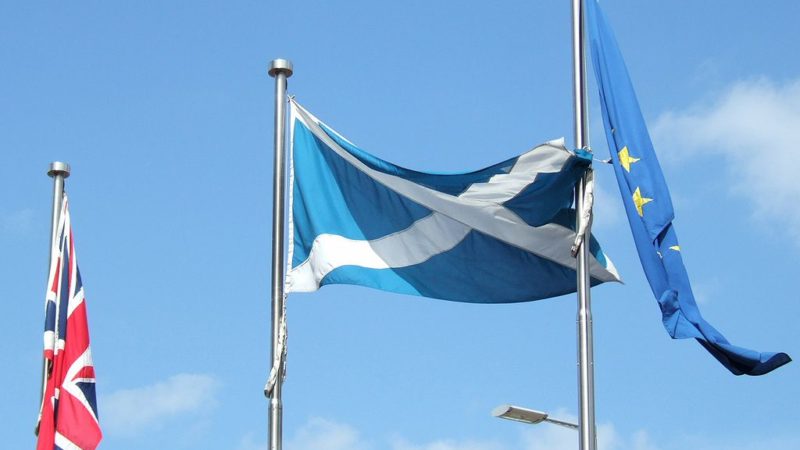 A leading academic has claimed that an independent Scotland would be moved into the “fast-track line” to join the European Union.

James Ker-Lindsay, professor at the European Institute, London School of Economics and Political Science, told the Herald that Scotland would “almost certainly be moved to the fast track line.”

He added: “Assuming the paperwork is all in order and there haven’t been many or significant divergences, one would expect it to overtake the other countries in short order and join the EU relatively quickly.”

Earlier this month, former European council president Donald Tusk told the BBC that Brussels would welcome an independent Scotland re-joining the EU: “Emotionally I have no doubt that everyone will be enthusiastic here in Brussels, and more generally in Europe” – though he did add there would be no automatic membership.

“This is yet another intervention demolishing one of the Unionist myths form 2014. People in Scotland overwhelmingly voted to stay in the EU – and despite being dragged out against our will by a Tory government with no mandate here, Scotland remains a European country with European values.

“There is now unstoppable momentum for a referendum, and the ability to protect our place at the heart of Europe.

“Scotland must have the chance to choose our own future as an independent, European nation.”