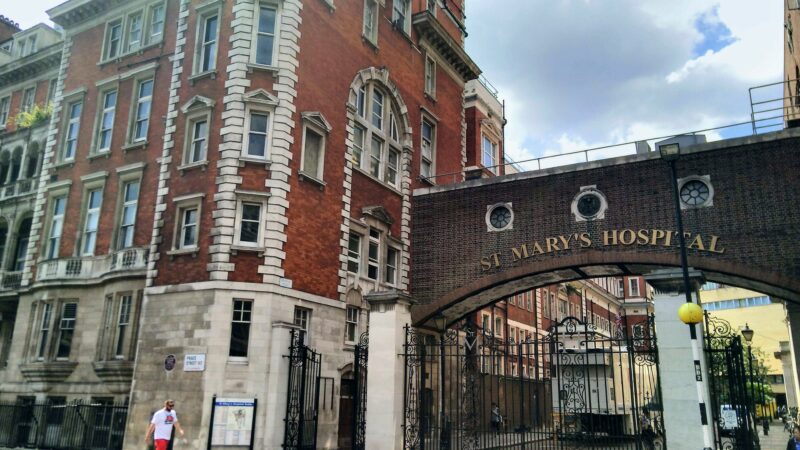 United Voices of the World (UVW) has made history by becoming the first trade union in the UK to successfully force an NHS Trust, through strike action, to in-house all 1,000 of its outsourced cleaners, caterers and porters.

Imperial College Healthcare NHS Trust, one of the biggest NHS Trusts in the country, agreed to the change on 30 January.

This stunning victory was achieved by a group of 200 migrant workers at St. Mary’s Hospital, who led a campaign of defiant and collective direct actions consisting of regular mass, joyous pickets, silent occupations of the hospital, and the disruption of one of the Trust’s board meetings.

Their tenacity and determination was made evident when they unanimously voted for an all out indefinite strike from January 2020 onwards if their demands were not met. In the end it only took 9 days of strike action between October and November, not even the full 15 days that the workers had originally voted to take, before the Trust was forced to the negotiating table.

This victory has led to a host of life changing improvements for the workers including in some cases a £10,000 per year pay rise, but these improvements are just the tip of the iceberg. The workers themselves speak of the significant personal transformations they went through in the course of the dispute, including a growing confidence and consciousness and a sense of pride and dignity that they had never felt before.

Some workers have described the months they were on strike as some of the best moments of their lives, whilst others speak about the loss of a crippling fear that had held them back from challenging the gross injustices and inequalities they suffered for many years. And nearly all of them now speak about feeling like they are part of one family, both as a workforce and as members of the UVW community, whereas before, they felt isolated and atomised.

In times where racism, xenophobia and anti-migrant sentiment are rife, trade unions are needed more than ever as the last lines of defence between working people and this hard-right government. Consequently, it is vital that we learn whatever lessons we can from these workers and their historic victory against outsourcing.

The first lesson is a simple one: migrants do not drive down wages, and neither does migration.

It is the bosses who drive down wages and are bolstered in doing so by the powerlessness of unorganised workers. The second is that not only are migrant workers able to organise themselves and fight – as this victory and countless other UVW victories attest to – but that when they do they have the power to push up standards for everybody.

Hopefully with more victories like this the myths around the alleged negative consequences that migrants have on trade unions and wages will finally be dispelled for good.

The third and more substantive lesson is that it’s always the workers, and never union bureaucrats, who should lead the fight. This victory attests to the power of worker-led industrial action; it was the workers who organised themselves, who recruited other workers into the union and who organised their own strike meetings.

It was also the workers who decided on what their demands were and what the strategy was to achieve them; including when and how many days to strike for, where and what to do on the picket, and whether to protest the board meeting or to occupy the hospital.

UVW’s paid staff were simply there to support, advise and encourage them at every step of the way.

Stop messing about – let’s be bold in our demands

Before they met UVW, many of the workers at St Mary’s felt a deep distrust towards trade unions. Many of them spoke about how their membership of previous unions felt like they were paying towards an insurance scheme where they would pay a monthly amount in exchange for the prospect of one day being advised on an employment law matter.

Or at best, some unknown bureaucrat would submit a measly claim on their behalf without consulting with them first and without even helping them organise to fight to ensure their claim was conceded.

In June 2019, it was a serendipitous conversation between a cleaner at St Mary’s and ourselves that would set the wheels of this dispute in motion. In the course of that five minute chat it was discovered that the workers were on minimum wage and statutory terms and conditions of employment.

Two weeks later, we met with 20 of the workers and then four months after that UVW’s membership had hit 200 and the workers were out on strike demanding the Trust hire them directly as NHS employees.

What was clear was that the workers didn’t want to mess about and request minor improvement in pay or other T&Cs. They were gagging for a fight and wanted full equality and just needed a union to back them.

UVW’s membership also more than doubled from the start of the strike ballot to the last day of strike action confirming the UVW belief that it is action which leads to recruitment.

We therefore hope that larger trade unions with more reach and resources take inspiration from this victory and declare a national campaign against the racially segregated two-tier workforces that outsourcing creates across our National Health Service, and in all workplaces.