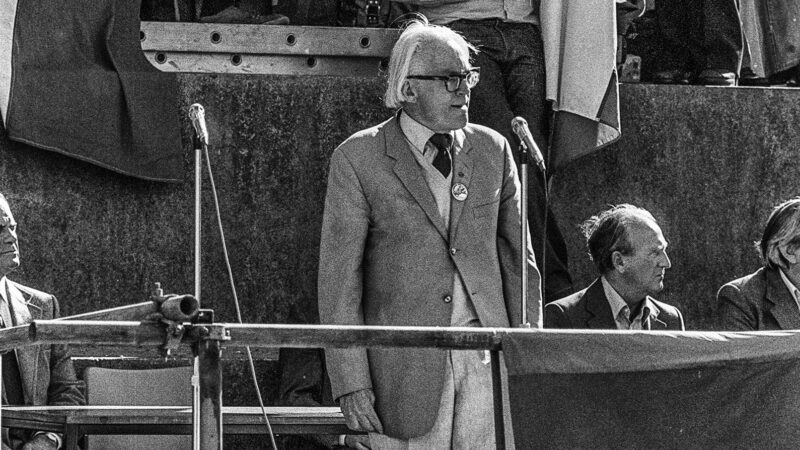 Whether in terms of leadership style or policy programme, contemporary political leaders often have to face comparisons to their predecessors.

For Jeremy Corbyn in his time as Labour leader, it was the similarities between him and veteran left-winger Michael Foot that were typically remarked on.

Foot’s was seen by some as a scruffy out-of-touch Hampstead socialist and a textbook example of what an alternative Prime Minister should not look like. But it is time to look again at Mr Foot’s place in Labour history and see what any would-be Labour leader might learn from him.

Prior to his elevation to leader in the early 1980s, Foot had a colourful career as a journalist and parliamentarian. Whether addressing parliament or writing in his beloved Tribune magazine he was known for his power with words and ability to construct an argument.

From his early days he was on the right side of history, particularly when in wartime he co-wrote polemic The Guilty Men, a stinging critique of the appeasement policy towards Hitler’s Germany.

As an outspoken MP, he supported the reforms of the Atlee government, and was soon to become a protégée and follower of the great Nye Bevan — keeping the ideas of Bevanism alive through the years, promoting commitments to full employment, wealth redistribution and, famously, opposition to nuclear weapons.

Foot was even to take over as MP for Bevan’s old constituency of Ebbw Vale, building a close relationship with the traditional Welsh mining community there. He was an individual with a rich sense of tradition, combining left-wing socialism with the West Country Methodism in which he was raised.

As employment minister Foot brought forward various pieces of legislation to support trade unions and working people, and as Leader of the House of Commons he fostered good relations with the Liberals after the Labour government lost its majority in the late 1970s.

Although the ‘gang of four’ did break away to form the Social Democratic Party with Tony Benn and Militant causing trouble on the other side, Foot as leader arguably helped prevent further defections and keep the opposition together through a bleak time.

He encouraged future talents such as Kinnock and Blair, and helped pressure the Thatcher government on inflation and employment. In 1983 he was defeated, following the success of the Falklands War campaign, a split Left vote and a vicious press campaign against him.

There are lots of lessons for leadership hopefuls in Foot’s career. For example, keeping in mind the importance of appreciating traditions that both define one personally and the bigger politics around them. It’s key also to appreciate the power of the written word and great oratory to persuade others, while accepting that powerful interests will attack those with different big ideas.

It’s important too to maintain unity and encourage new talent wherever possible. Finally, whatever his or her background, a leader has to be able to connect to communities with different values and experiences from their own.

Greg Collins is a Labour Party member and activist