Migrants voices feature in just 15% of articles about immigration. 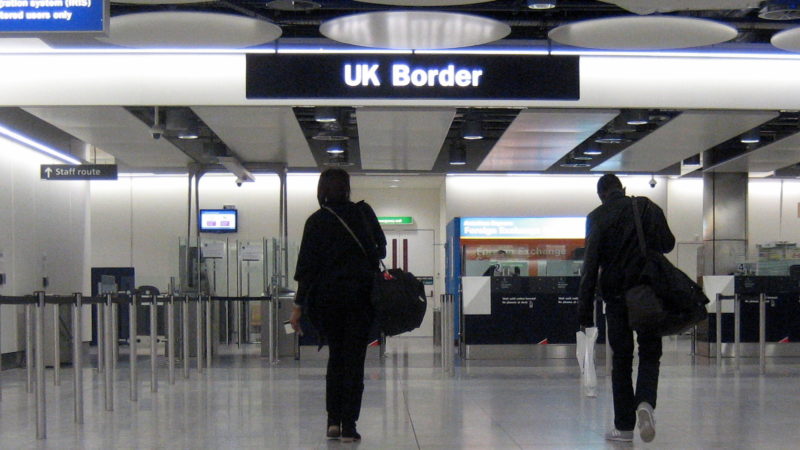 The print media’s vendetta against migrants is well-documented. In the run-up to the EU referendum, when public concern over immigration reached its height, newspaper coverage of the issue reached a corresponding moral lowpoint.

This was not a coincidence- the inextricable relationship between public opinion and media commentary cannot be overstated.

Findings from Ipsos MORI reveal that the average guess at the size of the UK’s immigrant population is 24%- ten percentage points greater than the reality.

Given the plethora of headlines intensely focused on the number of immigrants coming to Britain, it is possible to see where such inaccurate perceptions stem from.

The frequency of scaremongering stories has reduced since the referendum- plausibly triggered by the result satisfying those responsible for the vendetta. However, the enmity is still very much present.

One only has to look to this Express headline from last week: ‘British border patrols scramble to intercept two migrant boats crossing in heavy fog’.

The story not only draws attention to the number of migrants attempting to enter the country, but depicts the migrants as placing border officials in danger.

Somewhat astounding in light of it being migrants whose circumstances necessitate risking their lives to make the crossing.

Stories that frame migrants in this way are nothing new. Research from the Migration Observatory found that words pertaining to numbers frequently feature alongside ‘immigrants’ in all newspaper types.

When an idea is reinforced so repeatedly by vast swathes of our media, it becomes clear where many of the misconceptions concerning immigration stem from.

Identifying the causes of a problem is a crucial step towards solving it. Despite the injustice of such skewed coverage, it will ultimately prevail until its origins are tackled. To do this, we need to look more closely at those responsible for producing and shaping the stories.

Although migrants exist at the very heart of the issues being discussed, their thoughts and feelings are given very little coverage in the content produced by our print media.

In the story discussed above, a HM Coastguard spokesperson is quoted, but at no point are the views of migrants made known.

Previous explorations have validated this idea; a study by Statewatch found that the voices and experiences of migrants featured in only 15% of the 648 articles that were surveyed.

It is almost impossible for events to be portrayed in a balanced, nuanced and considerate light when those in the eye of the storm play no role in shaping the narrative.

For the situation to be addressed, migrant voices must be integrated into news stories in order to offer an alternate and authoritative perspective on the events being discussed.

At present, those articles that do include their views tend to do so purely as a means of adding a personal dimension.

This dimension usually falls in line with the overall editorial perspective, thus doing very little to generate empathy or understanding amongst readers of the often desperate situations they are faced with.

Greater parity will not be established until the culture of the industry changes. At present, newsrooms are still dominated by white males, with the atmosphere described as aggressive to the point where the tone of stories may be adjusted to ‘placate senior staff’.

Creating inclusive environments where those from migrant backgrounds are welcomed and encouraged will go a long way towards changing the discourse.

Cameron Boyle is a political correspondent for the Immigration Advice Service, an organisation of immigration solicitors that provide legal aid to asylum seekers’.