Is Global Britain built on 'looking the other way'? 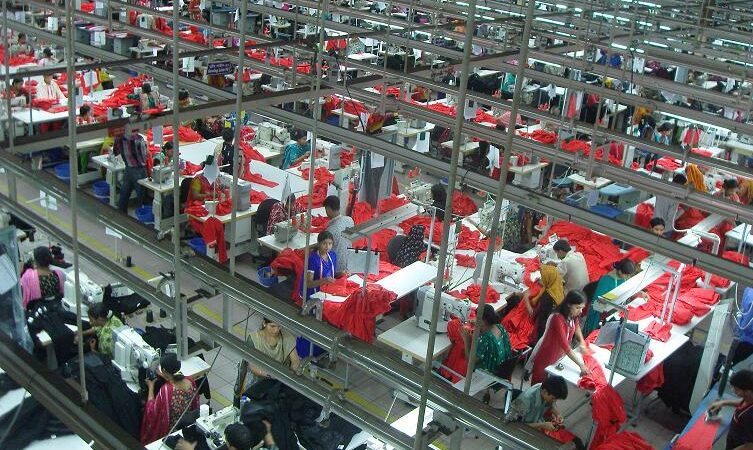 The rollback of democracy and human rights in Bangladesh should matter to the UK.

As a long-term ally, Britain is Bangladesh’s third largest export’s destination, the fifth largest source of remittances, and the second largest foreign investor.

On the 17th January, a court in Bangladesh issued an arrest warrant for a respected independent newspaper editor, after a student was killed at an event organised by a sister publication. Matiur Rahman edits the Prothom Alo daily and has been an outspoken champion of freedom of expression in a country that rights groups warn is marching towards authoritarianism.

Rahman already faces more than 50 charges for defamation and hurting religious sentiments. His case and dozens like it are considered part of a larger, organised assault on independent media – and wider threats to human rights in the country.

Just over a year ago Bangladesh held its 11th national election since independence in 1971. The questionable results ended in a resounding victory for Sheikh Hasina’s ruling Awami League party, securing 288 out of a possible 300 seats in Parliament – more than 90 percent of the popular vote. Few analysts considered the election free or fair; at least 17 people were killed in election-related violence and there were widespread allegations of voter intimidation.

Human rights abuses – particularly in the garment sector – are rife in Bangladesh. Our latest briefing at the Labour Campaign for Human Rights (LCHR) documents how Britain’s biggest retailers have “chased the cheap needle around the planet”, importing low-cost clothing in vast quantities from countries including Bangladesh in the pursuit of “fast fashion”. This desire for cut-price clothing products has come at the expense of the rights of those who make them.

In 2013, the infamous collapse of a Dhaka garment factory building pushed the issue of workers’ rights onto the international news agenda and put pressure on Western brands to do more to stamp out modern slavery and audit their supply chains.

The uproar that followed the collapse prompted about 190 European brands – including Marks and Spencer, H&M, Tesco and Carrefour – to form the Accord on Fire and Building Safety in Bangladesh (“Accord”).

Seven years later, the safety of workers in the country still hangs in the balance, despite some progress being made. Last week, Accord announced it was leaving the country after the Bangladesh Garment Manufacturers and Exporters Association, a powerful body for factory owners, lobbied for the responsibility of factory safety to return to the government.

Whether it is able, or willing, to enforce the new standards at a time when unions are being stifled – and wages remain among the lowest in the world – will decide the real legacy of Rana Plaza. Almost 100 UK businesses operate in Bangladesh, including HSBC, Unilever and GSK.

Bangladesh is one of the top recipients of UK official development assistance. In September of last year, the UK government made available an additional £87 million for sustaining the Rohingya refugee operation in Cox’s Bazar, taking the total since the start of the crisis in August 2017 to £226 million.

However, the longer the Rohingya crisis remains without a suitable diplomatic and political solution, which includes citizenship for the Rohingya in Burma and accountability of those who perpetrated the genocide, the more likely human rights abuses will occur on Bangladeshi soil. Their rights are further reduced by the failure to recognise the Rohingya as refugees in the country.

Despite Bangladesh being a priority country to the UK Foreign Office, the UK remains a major supplier to its military, with which it has a longstanding relationship. Despite the reported political suppression over the past decade, UK arms sales to the country doubled under Theresa May’s Conservative government.

In addition, with two thirds of the country less than five metres above sea level, Bangladesh is on the front line of climate change and the most basic human right of Bangladeshis – to live safe from disaster – is no longer guaranteed. Hundreds of thousands of people have already been displaced, and thousands have been killed by natural disasters and extreme weather events. Such events are likely to get worse in the years to come.

Frustration with the corruption and nepotism that has characterized seemingly

secular regimes in Bangladesh has fostered a belief that Islamist parties may prove less crooked. While some of these entities have been formally banned, Islamist zealots have targeted and killed secular activists, political dissenters, and the country’s shrinking Hindu population.

Successive Conservative British governments have paid little attention to political developments in Bangladesh. It seems highly unlikely that Boris Johnson’s new government will expend any political capital on the deteriorating human rights situation in the country.

The UK government has many tools at its disposal – such as ensuring workers’ rights are protected in trade arrangements, adopting a more rigorous and transparent system of arms export licensing, and pushing for a thorough investigation into allegations of violence against the Rohingya in Myanmar.

The post-Brexit ‘Global Britain’, a champion of free trade and democracy and leading a league of like-minded nations, is not credible unless human rights are at the forefront of everything we do.

Stephen Delahunty is a spokesperson for the Labour Campaign for Human Rights.