No one should have to rely on food banks while they are terminally ill, writes Drew Hendry MP. 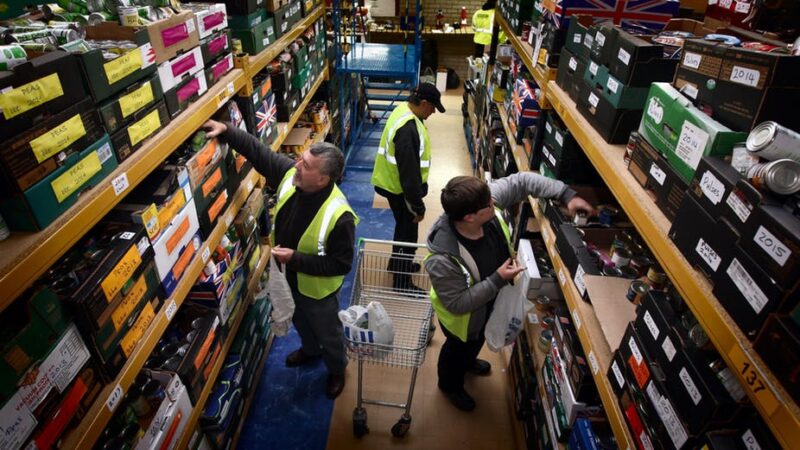 Over 2000 terminally ill people are estimated to have died before accessing vital social security payments since the UK government last promised to review the arbitrary ‘six month rule’.

Last week in Parliament I raised a bitter irony for the families of those who have passed away: the government’s promise for a review was made over six months ago.

The ‘rule’ is the condition that says, if you are in the devastating position of being told you will die of a terminal illness, then you must be able to prove you will die within six months to access the full support through Universal Credit.

This puts Doctors in an impossible position, terminal illness life expectancy is not an exact science and, while some aggressive illnesses will more or less guarantee a short-term death, many can confound any arbitrary estimate. In essence, you can be told you have years and be dead in weeks as easily as being told you have weeks only to beat the odds. Of course, beating the odds should be cause for celebration, everything that reasonably could, should be done to achieve that outcome. The trouble is it is not.

I’m sure that it must rank at the top of the toughest conversations anybody will ever have to partake in to be told by a doctor that you are going to die before you might reasonably expect to do so. The range of thoughts and emotions not just from those with the prognosis but also from loved ones are such that it must be suffocating and bewildering.

Yet it is at just such a time that many have to start the fight, and it is a fight, to get the support they both need and are entitled to.

The UK government’s Department of Work and Pensions doesn’t have a great reputation for compassion but even their ministers have been unable to defend the six month rule. They have been promising to ‘look at it’ to ‘review’ for years now and people are still dying. Last year, the All Party Parliamentary Group I chair on Terminal Illness, took evidence from a wide range of doctors, clinicians, support organisations and claimants.

Nobody can see the sense of this rule, everybody can see the harm. The report, compiled and published by Marie Curie, prompted the latest government review promise but, again the rule sits in place denying those who need it the comfort of their rightful support and the knowledge that, as currently happens, Terminally Ill people will not have to report to work coaches to get Universal credit.

The Scottish Government have already scrapped the six month rule for their limited, devolved, welfare powers over Personal Independence Payments, they say Dignity and Respect should be at the heart of Social Security. For this payment, in Scotland, doctors and clinicians will decide, simply, if someone is terminally ill, to access these payments, no timescale, no heartache, no waiting, no dying before you get a payment.

That the UK government are still refusing to follow suit and are continuing to drag their feet whilst people die is an outrage that often goes unnoticed, I hope many more people join the call to see some humanity for those who face the end of their lives.