Sadness, indifference and opportunism are all on show as leaders comment on Britain's exit at 11pm on Friday. 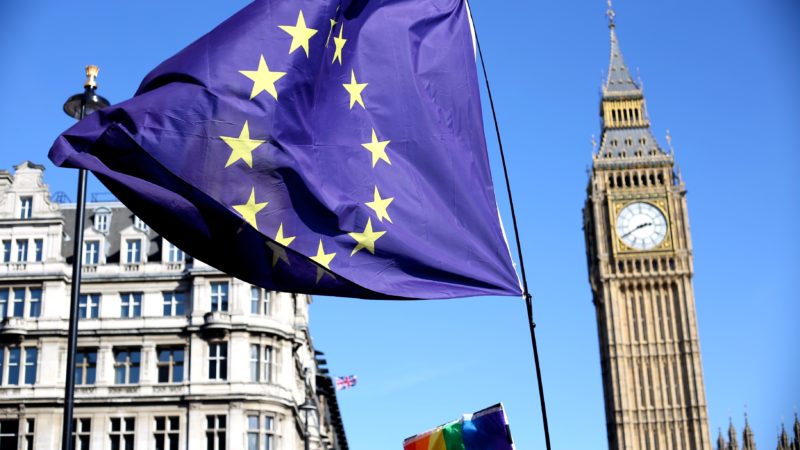 We look at what the UK’s progressive party leaders are saying today, as the UK formally ends its 47-year partnership with the European Union (and its predecessor the EEC).

In no particular order…

Acting leader of the Lib Dems Ed Davey gave a keynote speech to party members and activists in Manchester ahead of the UK’s exit from the EU, saying:

“For the last four years the Liberal Democrats fought to stop Brexit. We held street stalls, town hall meetings and we marched in our millions. Today we stand strong in the knowledge that we did everything we could.

“Tens of thousands of people got involved with our campaign. People who had never campaigned before. And old hands, campaigning harder than they ever had before. We fought with good humour and great energy. We fought because we love our country. Our pro-Europeanism is built on our patriotism…though ultimately we did not succeed in stopping Brexit, I am immensely proud of all that we did achieve.

“We built the largest pro-European movement this country has ever seen. Prevented a catastrophic no-deal Brexit – not once, not twice but three times. Defended the rights of EU citizens, and forced the government to scrap the Settled Status fee…

“[Today] will be a celebration for some, but for us it will be a heart-breaking day. Whilst some may relish this Tory Brexit experiment, many will be anxious and upset…

“But as I share your sadness….my aim today is to offer some hope to all pro-Europeans. And to all who thirst for a fairer, greener country. For I am determined that pro-Europeans can and must play a leading role in our country’s future.

“Britain’s European story does not end on Friday. We may no longer be members of the European Union, but the UK will always be part of Europe. Our futures, like our histories, inevitably intertwined.”

There was little sadness in Jeremy Corbyn’s statement as Britain left the EU:

“Today we are leaving the European Union. There will be different views and feelings about it across the country. Leaving the EU carries out the decision of the referendum of 2016. But many of the most important choices about Britain’s future relationship with Europe and the wider world have yet to be made.

“Britain is now at a crossroads. As we leave the EU, we have an opportunity to shape our future role within the international community for decades to come. Britain’s place in the world will change. The question is what direction we now take.

“We can work with other countries to develop trade, improve rights and protections, invest in our communities, tackle the threat of climate catastrophe, fight human rights abuses and promote peace. We can build a truly internationalist, diverse and outward-looking Britain.”

“This is a hugely significant day for the UK, no matter how you voted in the Brexit referendum. Where we go from here will say everything about us.

“No we won’t be part of the EU, but the need to work across countries, to build solutions together to stop runaway climate chaos, to protect workers’ rights and to make sure that we don’t lose precious freedom of movement  – that remains unchanged.

“Over the last 20 years our MEPs have made such a positive and vital difference in the EU and in their communities. The Green Party – from our MP Caroline Lucas to councillors and activists in their local parties – will be working hard to build a society that’s fairer and more just and we know that a huge number of people will be standing right there with us.”

The (separate) Scottish Green Party said they were relaunching their independence campaign.

In a speech, Scotland’s first minister Nicola Sturgeon hit out at Brexit but called for ‘hope’ – as she announced new plans to bolster the independence campaign:

“To that end, we have informed Parliament this morning, that following the passage of the Referendums Bill at the end of last year and this week’s vote in favour of a referendum, we will ask the Electoral Commission to re-test the question – ‘should Scotland be an independent country.”

However, the First Minister acknowledged a second independence referendum may not happen until after next year’s Scottish Parliament election, saying the SNP will now seek to ‘broaden the coalition of support for Scotland’s right to choose’.

“In the first instance we will invite Scotland elected representatives – MSPs, MPs, the MEPs elected last year and council leaders – to come together to endorse a modern Claim of Right for Scotland through a new Constitutional Convention.

“To declare that it is for the Scottish Parliament to decide whether and when there should be an independence choice and build support for that principle amongst civic Scotland.

She said the Scottish government would now focus on building the substantive case for independence.

Sinn Féin’s leadership joined protests by the Border Communities Against Brexit group this morning on the Irish border.

Campaigners gathered ‘against the north being dragged out of the EU against the democratic will of the people’. Nationalist Sinn Féin – who have just resumed power sharing with the Democratic Unionist Party in Stormont – are stepping up calls for a referendum on Irish unity.

The party’s joint First Minister at Stormont, Michelle O’Neill, said: “Today is the day that we are being dragged out of the EU against our wishes. There is a route back. That route is via a unity referendum. The EU have made a commitment that in the aftermath of a successful unity referendum then the north of Ireland automatically rejoins the EU.”

During Prime Ministers Questions this week, Plaid Cymru’s Westminster leader Liz Saville Roberts: “I hope the Prime Minister has the humility to recognise that Friday night will not be celebrated by everyone across these isles.

“We’ve been promised that leaving the EU will bring power closer to the people and give us a greater say for our communities. Instead, many have so far felt ignored and disempowered.

“Will he demonstrate his willingness to listen to all voices by meeting Plaid Cymru leader Adam Price and myself to discuss how Wales will win the tools to forge a better future?”