Their members were given a 'yes' or 'no' choice on a Momentum committee's favoured candidates. 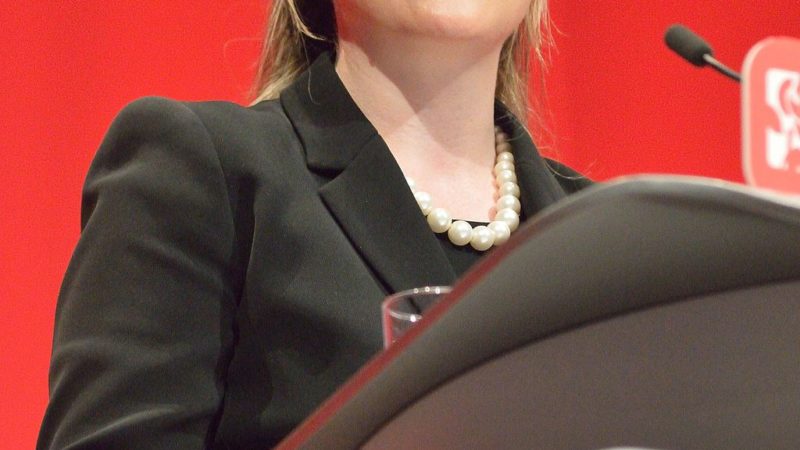 The left-wing campaign group Momentum has officially decided on its leadership candidates after a much-criticised consultation process.

The organisation’s 16-person National Coordinating Group met recently to decide who it wanted to back for the leadership and deputy leadership positions. They choose Rebecca Long-Bailey for leader and Angela Rayner for deputy leader.

They then asked their 40,000 members to vote on whether to back these two decisions or to reject them. Members were not offered a choice to vote for alternative candidates.

According to Momentum, 7,395 members voted. Of these, 70% backed the NCG’s decision on Long-Bailey and 52% on Rayner.

“Both proposals have received a ‘yes’ vote from more than 50% of participants, and will therefore be adopted with immediate effect,” said Momentum.

Momentum has said it will now launch a huge campaign and mobilise thousands of supporters to elect Long-Bailey.

The organisation plans to host hundreds of phone banks across the country and use peer to peer calling apps to enable supporters to make hundreds of thousands of calls to Labour members in support of Long-Bailey over the course of the campaign.

Long-Bailey said: “Momentum members alongside hundreds of thousands of other Labour members worked day and night across the country to elect a Labour government last December, knocking on millions of doors.”

“I am proud and beyond grateful to be backed by an organisation that has revolutionised how we campaign. I will deliver on the trust Momentum members have placed in me, with a plan to win the next general election and transform our country for the future.”