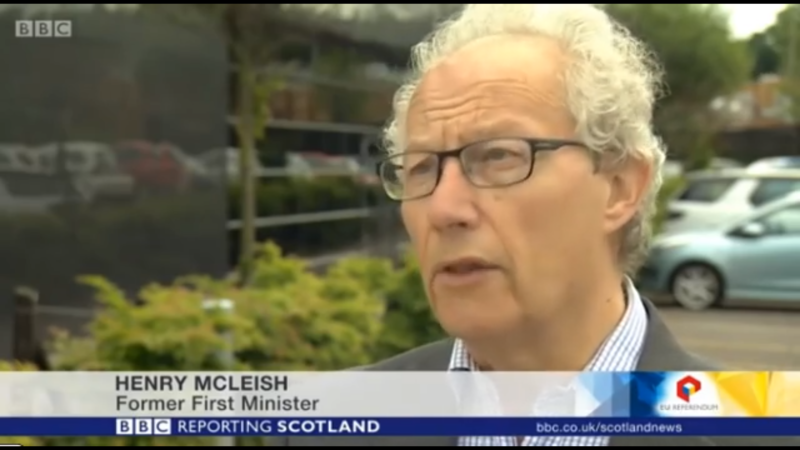 A series of senior Labour figures have backed Scotland’s right to a second independence referendum.

Former Labour First Minister Henry McLeish is among those arguing the party’s current position on a referendum amounts to “voting against democracy.”

McLeish, the party’s former leader, told the BBC’s Good Morning Scotland: “It’s important that you cannot keep voting against the idea of an indyref2 because you’re voting against democracy”.

He argues that Labour “should embrace democracy” by backing a referendum. In 2016 McLeish said he would now back independence in a fresh referendum.

They add to a growing list of Labour figures including Monica Lennon MSP, Alex Rowley MSP, Neil Findlay MSP, and former minister Malcolm Chisholm who say there is a clear mandate to hold a referendum.

The SNP’s Keith Brown said: “More and more senior Labour voices are starting to realise that denying Scotland’s right to choose our own future is a completely unsustainable position, and it’s clear the tide is turning.

“It’s time that Richard Leonard saw sense and stood with the vast majority of people in Scotland – rather than being driven by the Better Together mentality of siding with the Tories to block Scotland’s will at every turn.

“Labour supporters are increasingly coming to the view that the Westminster system of government is failing people in Scotland, and that no politician – Tory or Labour – has the right to deny Scotland’s democratic right to choose our own future.

“Only the SNP are offering a positive vision for the future of Scotland – we must be able to choose that future in an independence referendum.”

Labour figures backing the ‘right for Scotland to choose’: