As the Tories announce the contours of their vision of Brexit, others must stop opposing Brexit and start outlining an alternative. 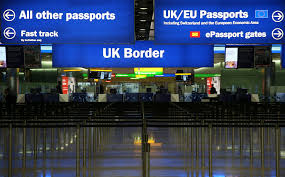 The Saj has spoken. In an interview with the Financial Times last Saturday (£), he caused something of a stir by making it absolutely clear that the Government has no intention of aligning with EU rules, or being in the single market or customs union.

So far so predictable. Nothing he said should have come as a surprise – Boris Johnson has been saying the same thing for a long time. But it’s worth being aware of what Javid’s position means, and of how neutered the Labour Party is on the issue.

To return to what the Chancellor actually said, his clarity was leavened with a sprinkling of disingenuity. The honesty lay in his acceptance – notably absent under the last Government – that Brexit implies trade-offs and that there ‘will be some impact on businesses.’ Be thankful for small mercies.

Yet there is still a reluctance to acknowledge what that impact is. Yes, Japan sells cars to the EU. But those cars are made to EU standards. Moreover, there is presumably a reason why Japanese car makers have set up shop in the UK, and, in case you’re wondering, it largely because being in the single market and customs union makes it easier to sell cars in the EU.

So let’s be honest. The kind of Brexit the Government has mind will have significant economic implications. According to our analysis, the kind of deal Mr Johnson seems to want could reduce UK GDP per capita ten years after Brexit by between 2.3% and 7%, compared to remaining in the EU. This compares to May’s deal which was -1.9% and -5.5% and no deal which is between -3.8% and -8.7%.

So surely, you might think, this provides an open goal for Labour. A Government committing an act of wilful economic self-harm must surely be only a one-term Government?

Not so fast. Clearly a lot will hinge on the leadership election and whether the party elects someone capable of taking on Mr Johnson effectively. But even if it does, Labour have already effectively deprived themselves of a stick to beat the Tories with.

Among all the – multiple – failures of the last four years, perhaps the most remarkable has been Labour’s failure to provide a compelling narrative about why some kinds of Brexit might be more economically damaging than others.

This happened for several reasons. The obsession of some in the party with overturning the referendum was one. The failure of those who professed to accept Brexit to ever make on what terms they might actually vote for it was another.

But whatever the cause, Labour lost an opportunity to define an alternative Brexit narrative. Talking now about the dangers of the approach being adopted by the Government will just sound like moaning about Brexit per se rather than a critique of a specific path. This is not to say an effort should not be made. However, in the (for me, unlikely) event that the Prime Minister does change course, this will be because of pressure from his own party rather than from the opposition.

All of which has several implications. First, there is no point moaning about Brexit. That ship has sailed, and we will almost certainly now get a significantly harder Brexit than that negotiated by Mrs May. For those who worry about workers’ rights or environmental standards or other kinds of regulation, the answer lies not in proposing subservience to EU rules over which we have no control, but in actually winning the argument at home.

Second, the focus of the party now must be on the domestic agenda of the Government. A forensic analysis of the impact of ‘levelling up’ would be a good start. A decent second step would be a credible story about what Labour would do better and how. Even if you accept the Government is genuine in its commitment to transform the British economy, delivering will be far harder than promising. Not least, while infrastructure spending might help, it is no silver bullet, and certainly not an alternative to the investment in human capital that is long overdue if we are serious about tackling economic inequality.

The Brexit battle is lost. Now Labour should focus on the battle for the future of the country.

Anand Menon is Director of the UK in a Changing Europe. @anandmenon1