It would be a disaster for the climate and for taxpayers. 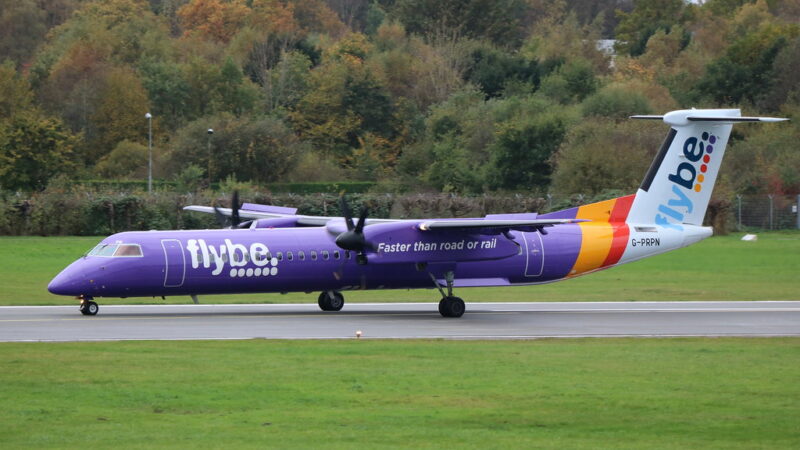 As domestic airline Flybe continues to struggle financially, it’s been reported that the government may hand it millions of pounds of taxpayers’ money in an attempt to keep it afloat and avoid 2,000 job losses.

These subsidies could come in the form of lower taxes on air passengers. This would help not just Flybe but every airline at the expense of the taxpayer and the environment. Here’s four reasons that’s a terrible idea.

Air travel is the most polluting form of travel and, with Australia on fire, Indonesia underwater and the UK increasingly hit by storms, flooding and heatwaves, we can’t afford to keep polluting as we are.

2. There’s no future for Flybe and domestic air travel

The year 2019 saw a huge increase in awareness of climate change led by Extinction Rebellion, Greta Thunberg and David Attenborough. So the figure for 2019 and 2020 (let alone 2030) is likely to be lower still.

The goverment can throw as much taxpayer cash at it as they want – there’s no long-term future for Flybe and domestic air travel.

3. Taxpayers money could be better spent

Sky News has reported that Chancellor Sajid Javid is about to defer a Flybe tax payment worth £100m until 2023.

Will the company ever pay that tax bill? If not, then it’s a serious amount of money to lose.

Richard Branson, who lives and pays zero income tax in the British Virgin Islands, is no stranger to government subsidies. According to Guardian reporter Aditya Chakrabotty, he has “he built his business empire with millions from the taxpayer”.

One example of this is from 2011 when Virgin Atlantic, which has been accused in parliament of tax avoidance, was paid £28m by the Welsh government to set up a call centre in Swansea.

In 2013, Chakrabotty said: “The Virgin boss liked to move into industries sheltered from too much competition, pull subsidies out of taxpayers and then cash out.”