UCU said the support and generosity from students, sister trade unions and the general public throughout the disputes so far had been overwhelming, and would only help to strengthen members’ resolve. 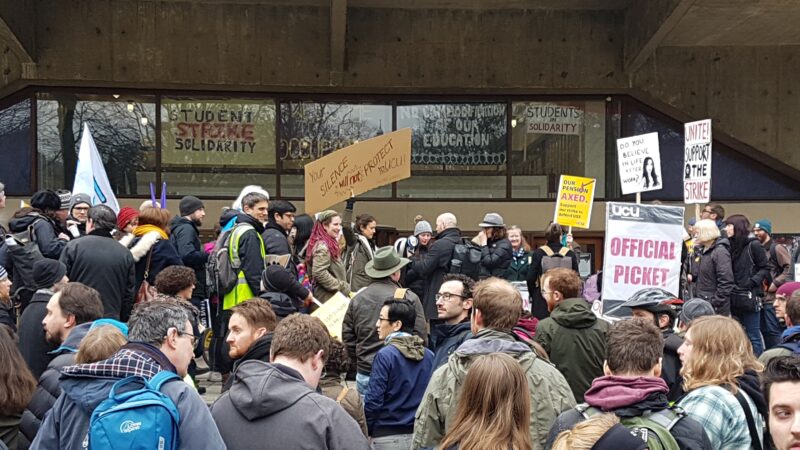 The University and Colleges Union (UCU) has raised over £100,000 fighting fund as their current round of strikes comes to an end.

The fund supports those in hardship due to lost wages during strike action.

In October, the union voted to strike over changes to the Universities Superannuation Scheme which is negatively affecting the pensions of their members. They are also striking over universities failure to improve pay, equality, casualisation and workloads.

Support has come from students, sister unions and the general public.

The strike has involved eight days of strike action, starting from the 26th November and ending yesterday.

UCU members are also taking ‘action short of a strike’ – which means working to contract. This includes such actions as refusing to cover for absent colleagues or rescheduling lectures missed during the strike action.

The union has warned that more action affecting students and universities could take place next year if the dispute is not resolved.

UCU general secretary, Jo Grady, said: ‘The incredible strength of the strikes over the last eight days has shown vice-chancellors that we will not stand by and let them dismiss our concerns. The employers have shown nothing but complacency and intransigence during these disputes, but they can no longer be in any doubt about the strength of feeling on these issues.

‘We are overwhelmed by the support we have received from students, sister trade unions and the general public, both on the picket lines and through their generous donations to our fighting fund. It is greatly appreciated and will only help to strengthen members’ resolve in the fight for fair pay, secure work and decent, affordable pensions.”

Emma Burnell is a freelance journalist for Left Foot Forward