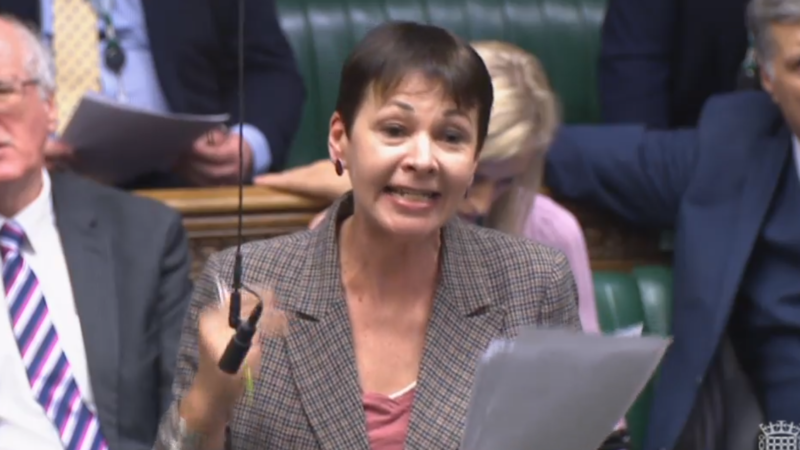 One Tory MP after another lined up to demand that Remainers ‘accept democracy’ today, and stop campaigning for a close relationship with the European Union.

Conservative Damian Green told the Commons: “Those of us who campaigned for Remain should respect the result….Sadly many people didn’t take that decision and have spent the last 3.5 years trying to subvert that decision.”

Another Tory MP, William Cash, said the European Union is ‘utterly undemocratic’ and praised the fact that decisions would now all be taken in Westminster – rather than ‘behind closed doors…without even a transcript. Fortunately the people of this country will be able to hear and see what happens in this chamber today.”

So what did we learn about the amended Withdrawal Agreement Bill, reintroduced in the Queen’s Speech on Thursday?

This: “Ministers will no longer be bound by the legislation to provide updates on the future trading relationship [to Parliament] or to make sure Parliament approves the government’s negotiating objectives.”

In other words – the sovereignty of Parliament is being undermined, not strengthened, as the PM tries to leave the EU.

Caroline Lucas responded to the attacks on her and fellow People’s Vote campaigners: “Those of us who wanted to go back to the people were not undermining democracy – more democracy does not undermine democracy.” She challenged Damian Green as to why – if the Bill is about enabling democracy – Johnson’s amendments are determined to undermine Parliamentary scrutiny.

Lib Dem MP Wera Hobhouse also rejected the accusation Remainers were ‘undemocratic’: “In a democracy a ruling party needs a functioning opposition. Without opposition democracy is dead. My passionate belief that the UK is better in the EU will not end. Anyone who tries to deny me or anyone else my right to say that is anti-democratic [themselves].”

And Caroline Lucas pointed out that – far from being a bastion of democracy – the new Withdrawal Agreement Bill is ‘an executive power grab’.

One academic wrote this week about the new Parliament: “We will have an emboldened government that is likely to want to see through an historic policy agenda with wide-ranging repercussions, and it can do so with a comfortable majority in the House of Commons, possibly without high levels of scrutiny. Meanwhile, there are hints that political, administrative and constitutional reforms are also on the table. To adapt an iconic line from Ghost (1990): Parliament, you in danger, girl.”

It’s almost like the main priority for the Tories isn’t boosting democracy, but undermining the rights and standards we currently enjoy through the EU…