"Time and time again, the other Westminster parties have proven themselves to be utterly incapable of delivering for Scotland." 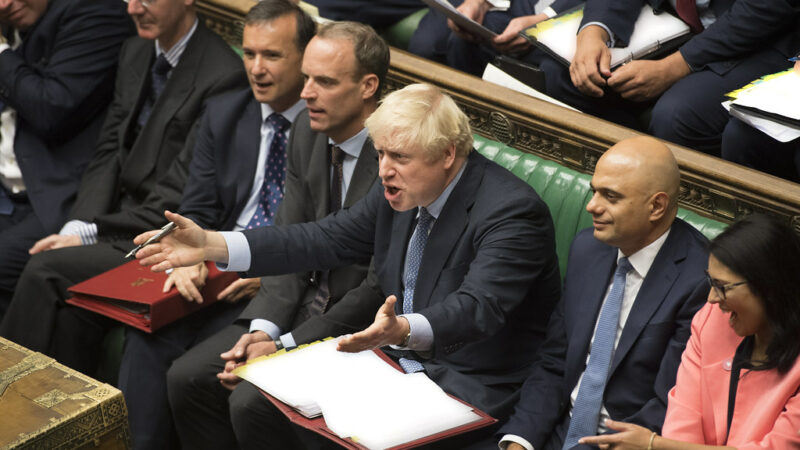 The election on the 12th December is set to be one of the most important in Scotland’s history.

At stake in this election is who will decide Scotland’s future – Boris Johnson or the people in Scotland?

This crucial election is our chance to demand better after a decade of brutal Tory austerity, years of Brexit instability, our voices ignored, and thirty-six years of Tory governments we haven’t voted for.

Time and time again, the other Westminster parties have proven themselves to be utterly incapable of delivering for Scotland.

Boris Johnson and his right-wing Tory party are tripping over themselves to deliver an extreme Brexit that will harm our economy, hit 100,000 Scottish jobs, jeopardise people’s livelihoods, and see our vital NHS up for sale in a Tory-Trump trade deal.

Boris Johnson may think that if he says it enough then he can “get Brexit done” – but the reality is that it will be only the beginning of more years of Brexit uncertainty.

And for three years, Jeremy Corbyn and the Labour party have sat on the fence on one of the biggest issues facing the UK – despite the threat to jobs and living standards. They have been a woeful opposition and have failed to stand up to the Tories at every turn.

We know after years of analysis that all forms of Brexit will be devastating for Scotland. The best deal for Scotland and the UK is to remain in the EU.

In stark contrast to the bleak future on offer from Westminster, the SNP has delivered a positive and progressive vision for how to build a better Scotland – as an independent nation inside the EU – that will benefit this and future generations.

SNP MPs at Westminster will stand up for Scotland’s interests and put forward a progressive agenda to tackle some of the biggest issues we face.

We will fight to protect Scotland’s place in Europe and escape the chaos of Brexit.

We will work to end the decade of harmful Tory austerity, which has led to a rise in poverty and foodbank use.

We will bring forward an NHS Protection Bill to guarantee trade deals will not undermine our health service or open it up to profit driven exploitation.

We will seek to scrap the immoral and costly Trident nuclear weapons system.

We will call for the devolution of immigration and drugs policies so we can introduce a system that works for Scotland.

And we will propose a bold Green Energy Deal to tackle the climate emergency and build on our world-leading targets.

People across Scotland face a clear choice between a broken Westminster system and a progressive future that sees decisions about Scotland made by Scotland.

A vote for the SNP tomorrow is a vote to lock Boris Johnson out of No 10, escape Brexit and give Scotland the right to choose its own future.

Laura Mitchell is the SNP candidate for Moray.