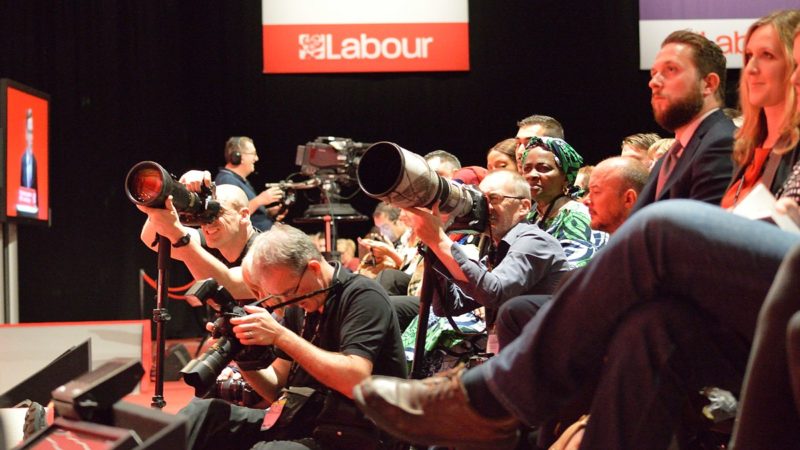 Labour, as is natural for a party that has just suffered a heavy general election defeat, is soul searching.

However, before embarking on a search, it is useful to know what you are looking for.

What Labour Party members and supporters, and potential Labour Party voters, take from the general election defeat will vary.

Before jumping to conclusions though, these are the key questions that Labour, and its next leader, need to answer to assist with learning the lessons of the general election defeat.

1.How does Labour win again?

There are some clear areas where Labour has been losing voters that it needs to regain, including voters in the midlands and the north, older voters and working class voters. Key to understanding how to win them back will be listening to those voters who did not support Labour at the general election and careful analysis of the data about how people voted. Of course, there is the question of how Labour communicates and whether it can develop a narrative that is more compelling that the Tories’.

2. How does Labour build the case for mutual help?

Labour believes that everyone should put in what they can and be able to get help when they need it. Labour needs to be able to show though that this approach is both right and good for people. Labour must show not only why people should be helped by the state when they need help but also why they should contribute through taxation and in other ways to our common pool of resources.

In this context, there is a legitimate question to be asked as to whether the “people v the billionaires” narrative actually undermines social solidarity by promoting the idea that increased funding for the welfare state can come from this “other” group of billionaires, rather than from the whole of society depending on ability to contribute.

That is not to say that billionaires and more modest high earners should not contribute more and their fair share, but that Labour might do better by promoting an approach to taxation and the welfare state that is more clearly grounded in social solidarity.

Promoting the narrative that it is the rich that should pay for everything bring with it the risk that voters do not believe that the burden will not fall on them but are also not willing to contribute because the rationale for their contribution has been undermined.

3.Which policies worked and which didn’t?

The Tory manifesto ran to a brief 64 pages compared to Labour’s 107 page tome. Yet whilst there can be no doubt that Labour’s manifesto contained both more content and substance than the Conservative manifesto, pledges like “get Brexit done” were more effective at connecting with voters. In politics as in life, less is often more.

That is not to say Labour should throw the baby out with the bathwater and try to ape the Conservative approach. Rather, Labour needs to carry out a careful audit of Labour’s policies to consider how they can be better focussed and communicated, as well as what policies should be revised, added or dropped.

4. How can Labour ensure it is seen as credible?

Alison McGovern MP recently asked a number of questions of Labour leadership candidates, including “what is your plan for Labour to have economic credibility?” This question should also be asked about Labour generally. Part of that will be having a leader and shadow cabinet that the public see as a potential prime minister and cabinet. A second area for introspection is our policy making process.

While Labour has had very smart, creative people working on policy for the Labour Party over the last few years, the policy making process has not been as robust at testing new policies as it should have been. Labour needs to look at every stage of the policy making process, from how evidence is assessed to how key stakeholders are engaged with to making sure policies are legally watertight.

5.How can Labour rid itself of antisemitism and rebuild relations with the Jewish community?

The antisemitism on display in the Labour Party and the failure to deal with it is shaming. Labour has rightly lost the faith of the Jewish community. Labour needs a clear plan for dealing with antisemitism and that plan needs to be driven through with urgency.

6. How does Labour upgrade its campaigning machine?

Effective campaigning is vital to ensuring Labour is connected to the communities it seeks to serve and to getting Labour candidates elected. Alex Sobel MP and Alison McGovern MP have both raised the issue of Labour’s approach to campaigning and organisation.

McGovern has asked Labour leadership contenders what they will do “to get resources where we need them – i.e. where we need to win elections – not hoard them close to you in London?” While it is clear that resources could be better allocated across the country, and no doubt there are ways to do this, all local Labour parties also need to be able to better develop the resources they need both in terms of volunteers and finance.

Sobel has made a number of suggestions for changes to Labour’s organisational approach. This includes opening Labour advice and community action centres funded by members and unions, creating an organising academy to train activists into grassroots organisers, building campaign technology which records what people tell us about themselves and not just voting intention.

I would add to the issues that McGovern and Sobel raise, the need for Labour to build a democratic, participatory, pluralist and inclusive culture, something I written about for Left Foot Forward previously.

7.Who is best placed to lead Labour?

Who leads the party is the most immediate question that the Labour Party will need to answer. It should not be the first that is considered though. I hope these questions provide a useful template for answering the question of who should lead Labour and the many other questions that will need to be answered after then.

Omar Salem a Labour Party member in Ilford North, London. He writes in a personal capacity.

10 Responses to “7 questions Labour must answer”