Working people shouldn't have to rely on benefits to get by. 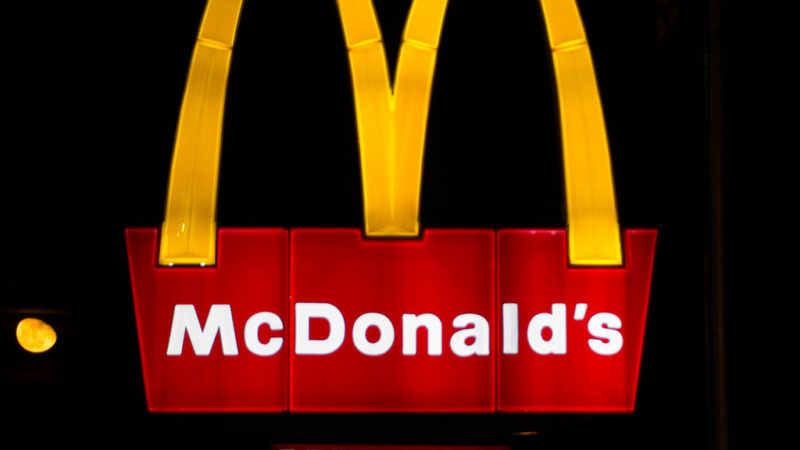 The Living Wage Foundation has announced today that the ‘real living wage’, calculated by taking costs such as food, clothing and household bills into account, has increased by 30p to £9.30 an hour across the UK, and by 20p to £10.75 in London. For many, the Living Wage Foundation’s calculations have become the yardstick for a liveable wage.

However, the Foundation’s calculations assume that those on the ‘real living wage’ will claim benefits such as Universal Credit to top up their wages, so that they can afford to live. The calculation also assumes that people with children will be living in social housing and paying social sector rent.

Tomorrow, McDonald’s workers at six restaurants in South London will go out on strike to demand £15 an hour for all ages, as well as guaranteed hours and a union.  A significant number of those striking next week are forced to live on benefits to make ends meet, despite the pay from their jobs at McDonald’s.

Melissa Evans, a worker at the Wandsworth Town McDonald’s store told me: “I am trapped in poverty, and I’m trapped on benefits – I’ve been working for McDonald’s for nearly two years, but I am still on benefits despite all the hard work I do.”

Many McDonald’s workers who have families, like Melissa, would still be entitled to benefits even if McDonald’s paid them the Living Wage Foundation’s ‘real living wage’ of £10.55 an hour. McDonald’s workers themselves say that £15 an hour is the wage they need to live a decent life.

Paying benefits to those who are in low-paid work is effectively a form of corporate subsidy. When it comes to the profit margins of companies such as McDonald’s, and the concerns repeatedly raised over the company’s tax affairs, it’s clear that McDonald’s could and should be paying its workers a higher wage, so that they are not dependent on benefits.

Former McDonald’s CEO Steve Easterbook, who was fired earlier this month for an inappropriate relationship with an employee, will receive an exit package of US$42 million, in addition to US$24 million in stock options that he’s able to exercise now, even though he breached company policy. His hourly wage was several thousand times higher than the global average for a McDonald’s worker.

This point is not lost on McDonald’s workers, who frequently reference the company’s billions in profits, and the blatant injustice of the enormous inequality between executive and worker pay. Clearly McDonald’s can afford to pay its workers more than poverty pay, without the government having to fill the shortfall.

McDonald’s UK accounts state that it made £408 million in profit from its 1,300 restaurants – and this is after the hundreds of thousands of pounds many franchise owners each take from their business in earnings. Given that McDonald’s has a history of using complex corporate structures to ensure profits accrue where it will be taxed least, these figures may well be an understatement of the true amounts being extracted from the workers at its restaurants.

The Living Wage Foundation’s approach to raising the wages of the low paid is to praise the employers who meet the standard they have set. The Foundation does not criticise employers who do not pay it, instead pointing to the increasing numbers of companies who have gained accreditation as a sign of success.

Meanwhile, workers themselves are taking up the fight against employers that pay poverty wages. The McStrike strategy for increasing pay focuses on workers taking actions themselves, mirroring the US Fight for $15, which started in 2012, and has seen 22 million low wage workers receive $68 billion in annual raises to date.

Academic evidence from the US suggests that McDonald’s wage rates influence wages across the low end of the labour market, and act as a benchmark for other companies in the sector. This is unsurprising, given that McDonald’s is the second largest private employer in the world.

Many of McDonald’s workers are young, black, women – and many are migrant workers. They face additional discrimination from societal attitudes that deem them unworthy of a higher wage.

McDonald’s workers themselves often highlight that they are striking for dignity and respect. They talk about experiences of both customers and managers abusing them, and having to manage these risks in their day-to-day work.

If we value McDonald’s workers as equals, then we must get behind and support their demand for £15 an hour, guaranteed hours at work, and their fundamental right to a union.

One Response to “Why Mcdonald’s workers are on strike today”