The SNP leader said that Scotland will continue its legacy as a “world-leader” in tackling the climate emergency. 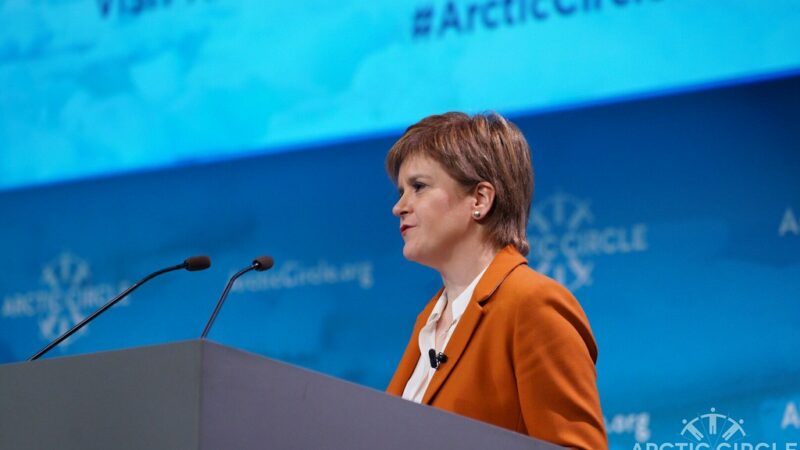 Nicola Sturgeon has placed climate change at the heart of SNP’s promises in the run-up to the general election, promising that the party will deliver a new “Green Energy Deal” which will push Westminister to “get its act together”.

Speaking ahead of a campaign visit to Edingburgh, the SNP leader said that Scotland will continue its legacy as a “world-leader” by tackling the ”climate emergency and securing the future of our green energy industry”.

“Westminster has wasted years obsessing over nuclear power and a complete lack of vision and ambition over the energy technologies of the future.

“Put bluntly, there is no more time to waste – it’s time for Westminster to get its act together,” Sturgeon said.

The proposed deal would optimise the use of wave and tidal energy, put pressure on the Conservatives to ditch plans to quadruple the VAT on home solar, and look to scrapping diesel fuel in favour of ultra-low emission vehicles.

Sturgeon went on for other political parties to match SNP’s commitment to tackling the climate crisis.

“It’s time for the UK government to match the SNP’s ambition – with a Green Energy Deal which will bring about a transformational shift toward the energy schemes of the future.

“Climate change is without doubt the single biggest challenge we face. In Scotland, the SNP has declared a climate emergency and introduced the toughest legal targets in the world to ensure net zero emissions by 2045. The next UK government must stop falling behind and follow Scotland’s lead with radical action to secure our future.

“This is the most crucial general election in living memory. A vote for the SNP is a vote to escape Brexit, put Scotland’s future in Scotland’s hands, and secure a better future for our environment,” she said.