Don’t let him get away with conning Britain when it comes to the climate crisis. 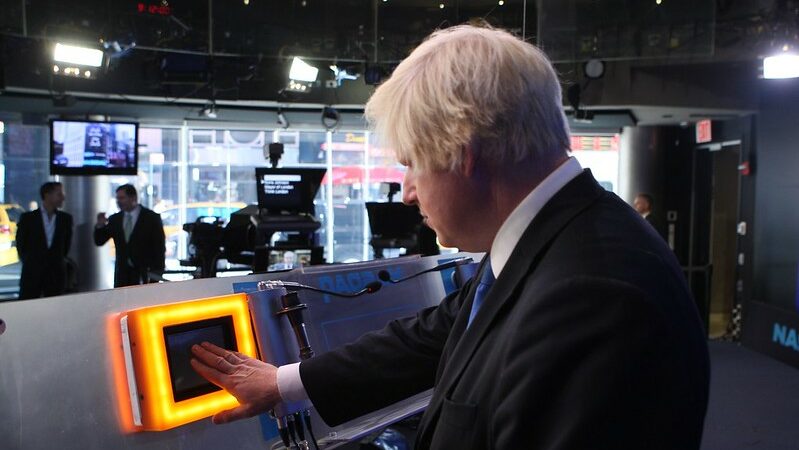 From 2008-2016 I spent eight years questioning London’s Mayor, Boris Johnson, about his environmental record – and I discovered he has two gears, slow and reverse.

He was seen as a climate sceptic back in 2008, but soon learned to greenwash his ideas in order to get elected. He adopted a lot of his predecessor’s projects for reducing carbon emissions and with a wave of his bicycle clips he sent other people off to deliver a slightly greener London.

The main thing you must remember about Boris Johnson is that he believes in very little except himself. In 2013, he was again trying to justify his climate scepticism to the London Assembly by explaining to me that by looking at the snow outside his window and dredging up a selection of childhood memories, he was drawn to the idea that sunspots were the only thing standing between us and the next ice age.

Fortunately, none of this nonsense infected his job as Mayor which involved signing off a zero carbon housing policy – which the next Mayor could deliver.

The same pattern followed with air pollution, which is responsible for the premature deaths of an estimated 9,000 Londoners every year. To give the appearance of doing something about this major public health concern, Boris tried putting pot plants along the busiest roads (he honestly did).

Boris also tried spraying the air, mostly around the air pollution monitors in order to cheat the results, with a special glue that fixed the pollution to the road. He even graphically illustrated to me at question time, how I could get down on the ground and snort it up like some toxic cocaine.

The only substantial change he made in the previous Mayor’s plans was to cancel the low emission regulations being extended to light goods vehicles – this was just as Amazon, Waitrose and other online delivery systems really took off and London’s streets were flooded with vans.

Mayor Johnson’s one big innovation was to come up with the idea of the Ultra-Low Emission Zone, which was to be implemented in a few years’ time by the next Mayor. Are you seeing the pattern here?

Mayor Johnson did stand shoulder to shoulder with the London Assembly and local authorities in opposing Heathrow expansion, but that was another electoral calculation. The truth is that no one who support Heathrow adding 700 extra flights a day above the heads of Londoners is going to be elected as Mayor.

The fact that his opposition was nothing to do with climate change is shown by his proposal for a Boris Island fantasy airport on the Thames Estuary which would have been even bigger than Heathrow and more damaging in terms of greenhouse gases. His promise to sit in front of the bull dozers as they built the ditch he was going to die in, was all rhetoric and lies. It always is.

So while I celebrated with everyone else when I heard that the government had ditched fracking, I am dubious about it’s true. It appeared a real win for the local campaigners who have risked arrest, bad weather and intrusion on their lives to beat the corporations who want to impose awful environmental damage on their rural communities, but I know that Boris will overturn the decision as soon as the next Conservative donor appears with a bag full of cash.

The news that civil servants are planning for new shale gas applications to be looked at on a case by case basis and to recommend that local authorities are completely by-passed is both shocking and under Boris, an ever-present threat.

The same goes for the HS2 review, which as the deputy chair of the review states, lacks balance and can’t be supported. The damage HS2 is doing to ancient woodlands and precious natural spaces is tragic. The fact that it won’t be carbon neutral for the next 120 years (even if you exclude the impacts of building it) blows a hole in any hope of the UK being carbon neutral by 2050, let alone by 2030. The HS2 review, like the fracking moratorium, is another temporary sop to get us past election day.

This is a government that ditched all the ‘green crap’ of home insultation, energy efficiency and onshore wind farms. We have closed down our own industries and now import X-mas wholesale from china. The only reason why we looked on target to meet the carbon reduction targets is because our emissions have been exported. We have replaced the smoke stacks of northern industry with the growth of incinerator towers that are burning the oil based single use plastic waste that we don’t recycle.

Under Boris, London turned into a town that burnt more than it recycled, the country will now be following suit. Instead of coming up with the investment for home grown, recycling and reuse infrastructure, we have tried to ship it off to other countries who have increasingly said ‘no thanks’. A Green New Deal is desperately needed to create a green and flourishing economy, but even as London Mayor, Boris Johnson never had the vision and persistence to deliver regeneration on that kind of scale.

Boris is a man of gimmicks, like his Boris Bus sweat box. He wasted millions of pounds of transport funding on a bridge that never got built, but the Garden Bridge was never intended to be a transport link as it wouldn’t allow cyclists and closed during the night in a 24/7 city.

The truth is that Boris will waste time and money on redundant, second-hand water cannons, not because he thinks they are in any way useful, but because it sends a signal to voters that he was a Mayor who could deal with future riots. Expect the same on the environment.

As Prime Minister, Boris has already negotiated away all the environmental safeguards included in the Theresa May EU withdrawal agreement. He has presented a toothless Environment Bill in place of legally binding EU rules. He will drop any protections of the natural world or human health in order to get a trade deal with Trump, but he is guaranteed to come up with a gimmick designed to make us smile.

Please don’t let him get away with conning you. The future of our planet is too precious to be left in his hands.

4 Responses to “Jenny Jones: Boris is bad for the planet – and I should know”