Many of the leading candidates to be the Democratic Presidential nominee are expected to back scrapping non-compete clauses and sectoral collective barganining. 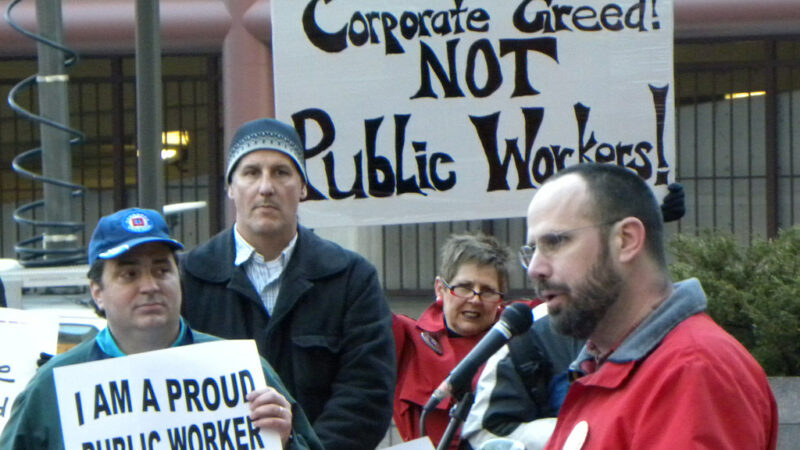 The forthcoming debate among Democratic presidential hopefuls could see at least five of the candidates coming out with pro-worker and pro-union announcements which go beyond Bernie Sanders ambitious proposals in 2016.

Several candidates are expected to announce support for a ban on ‘non-compete clauses’ in worker’s contracts.

Traditionally ‘non-compete clauses’ were found in senior manager’s contracts and of those employees who might have access to company or trade secrets and where employers feared that senior employees will leave a company and take ‘assets’ and knowledge to a competitor. Non-compete clauses stop such workers from taking up employment with a ‘competitor’.

But ‘non-compete clauses’ are now appearing in contracts for workers in low paid jobs including sandwich making, hairdressing and house cleaning.

These clauses have the effect of holding down wages and because of their nature, many workers do not realise they have such clauses in their contracts or that they may have mandatory arbitration clauses, which prohibit lawsuits against employers – even if they could afford it.

The pressure is stacking up against Democrat politicians to give clear assurances to trade unions and union members on where they stand on such abuses.

The really big idea is the introduction of Sectoral Collective Bargaining, similar to proposals coming from the Labour Party as outlined by John McDonnell and Labour’s Shadow Labour Minister Laura Pidcock MP.

Sectoral Collective Bargaining (as opposed to US pattern bargaining where unions reach an agreement with one or a number of companies setting the pace for other company deals in an industry) allows unions to bargain with employers on an industry-wide basis as opposed to an employer-by-employer approach.

Sectoral bargaining is common in Europe including Germany, France, Holland and in Scandanavia and increases the wages and conditions of employment for workers across an industry – even for those who are not union members – creating a level playing field. Such agreements are binding on all employers in an industry with a stringent appeals process for those companies who say they cannot pay.

Bernie Sanders, Elizabeth Warren, Pete Buttigieg, Cory Booker and Beto O’Rourke, are expected to support sectoral bargaining or outline steps to allow workers and unions to bargain with multiple employers in an industry.

This is a big step – driven by the alarm at massive wage inequality and economic insecurity and it is appealing to more working US citizens.

Recent polling showed 42% of Americans view socialism favourably, up from 29% in 2010. During this period, support for unions has climbed significantly, from less than half to about two-thirds of Americans.

This is part of a wider shift in the USA away from deregulation and neo-liberal policies which have lost credibility as inequality has widened.

The push for sectoral collective bargaining is coming from places such as Harvard Law School where faculty members are running the Clean Slate for Worker Power project, convening dozens of trade unionists and labour experts, to reimagine labour law with a clean sheet of paper.

Larry Cohen, the respected former president of the Communications Workers of America and an advisor to Bernie Sanders said that Sanders had looked at Sectoral Collective Bargaining systems in Norway and also Argentina.  Cohen says: “He was genuinely excited by it.”

The results will not be published until January 2020 but they are working on Democrat Party candidates according to aides to Warren, Buttigieg, O’Rourke and Booker.