The Met used Section 14 of the Public Order Act earlier this month to prevent protests by the climate campaign group from taking place across London. 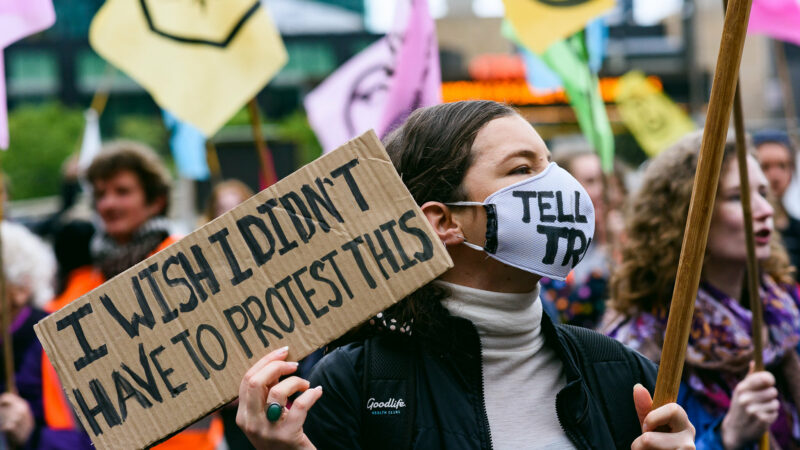 Extinction Rebellion began their legal challenge against the Metropolitan Police in the High Court today after the force placed a blanket ban on protests.

The Met used Section 14 of the Public Order Act earlier this month to prevent protests by the climate campaign group from taking place across London.

After implementing the law, over 400 Extinction Rebellion activists were arrested, according to Metropolitan Police figures.

The group has argued in the High Court that the use of the act and the arrest of protesters breached their right to protest peacefully.

In a statement, Lucas, the co-leader of the Green Party, said that the use of a Section 14 ban “was a huge over-reach of police powers”.

“This power is there to help the police manage protests, not shut them down altogether. Extinction Rebellion are carrying a message we all need to hear. They won’t be silenced by a police crackdown, nor should they be in a free democratic society,” Lucas added.

Tobias Garnett, a human rights lawyer in Extinction Rebellion’s Legal Strategy team, added that the ban was “unprecedented and disproportionate curtailment of the right to protest.”

“Rather than wasting its time and money on attempts to silence protest, the Government should focus on meaningful action against the biggest threat we face,” Garnett added.

Clive Lewis MP, the Labour Party’s Shadow Minister for Sustainable Economics, added that we should not be shutting down the protest, but rather “reacting to the danger they’re alerting us to”.

“Averting that danger requires urgent and radical change, not the criminalisation of peaceful protest.”