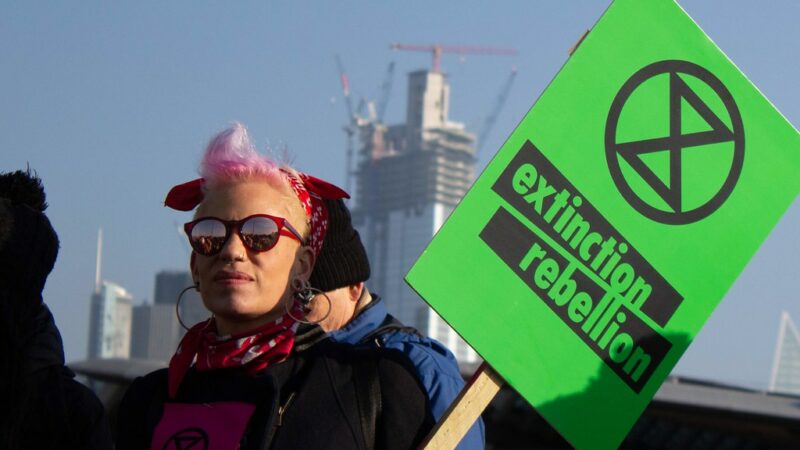 Extinction Rebellion has raised over £500,000 in the first ten days of their October protests, according to figures seen by Left Foot Forward.

The fundraising efforts appear to far outstrip that of XR’s previous protests in April, where the organisation raised £350,000.

Protests have been running since 7th October and are scheduled to run until the 20th. During the first 11 days of the protest the climate protestors have already hit their original fundraising target.

Extinction Rebellion does not have any credit facilities and is, therefore, unable to spend beyond what they raise. The protests in October are expected to cost them around £1 million, according to a press briefing earlier this month. Their overall costs from March to September were £860,000.

Principally their costs go on supporting actions, but also on costs for rent and food for full-time volunteers.

Andrew Medhurst, from the Extinction Rebellion Finance Team said:  “XR UK has raised over £500,000 so far during October which has exceeded our (conservative) estimation.

“We believe the pre-emptive actions of the Metropolitan Police who have confiscated a lot of our equipment since Sat 5 October convinced a lot of supporters to donate.”

Emma Burnell is a freelance editor and consultant. Josiah Mortimer is Editor of Left Foot Forward. Follow him on Twitter.