It comes as calls grow across the party for Labour to commit to a clear Remain position. 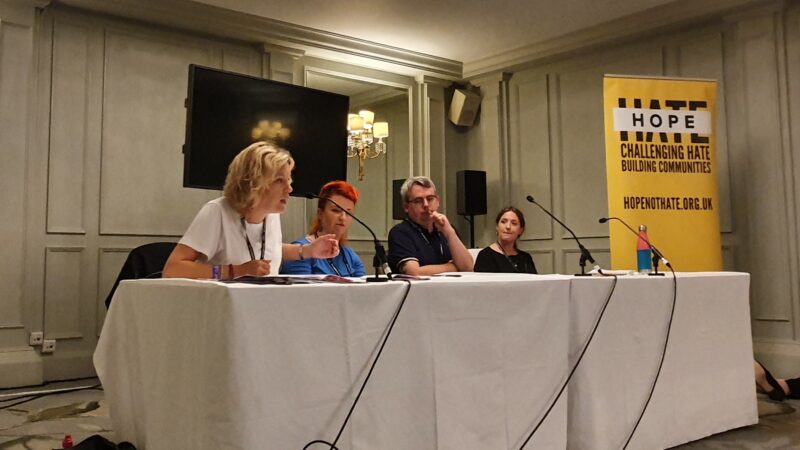 The National Coordinator of Momentum has hit out at the Labour party’s approach to Brexit, saying the party did not campaign hard enough in the recent EU elections.

In a packed out Hope Not Hate fringe at Labour conference, Laura Parker told attendees that Labour ran a ‘lacklustre’ campaign which failed to mobilise against the Brexit Party.

The coordinator of the pro-Corbyn group added “it should be a matter of shame” for Labour that there are two Brexit Party MEPs in London, adding: “I know [Labour] friends and family who didn’t vote Labour in May,” because of the Brexit issue.

In the same session, Shadow Minister for Policing Louise Haigh MP became the latest frontbench figure to speak out against the draft National Executive Committee statement.

“People want clarity and leadership – and on the biggest position of the day I believe we have a duty to be clear” and back Remain, said Louise Haigh.

The two figures were challenging a draft NEC statement, which would delay the decision on whether Labour would back Remain in a referendum until after the next General Election.

Laura Parker also challenged those who blame the media for Labour’s poor current polling: “If you’re CEO of a company, you can blame inflation for poor profits in Q1, and maybe Q2, but at some point they’re going to ask how you what you’re doing to manage it.”

“It’s not our fault that 85% of the media is basically Conservative but we have to manage that problem.

“Partly it’s about how we communicate with [the media] but also going around them…we’ve got to improve our comms a little bit,” she said, noting that Momentum reached millions in the 2017 election on a shoestring.

Parker called on Labour to learn from the Brexit Party’s messaging: “If there’s one thing we can learn from this bunch of charlatans it’s how to communicate a simple message.”

As reported by the Guardian, the draft statement from Labour’s national executive committee shows: “Jeremy Corbyn’s current plan is for a Labour government to negotiate a new Brexit deal within three months of coming to power and to hold a referendum within six months of coming to power. The party would decide at a one-day special conference after the renegotiation how it would campaign in the referendum.”

Delegates will be asked to back the NEC statement tomorrow, but many senior party figures including Sadiq Khan, Shadow Brexit Secretary Keir Starmer and Shadow Foreign Secretary Emily Thornberry have spoken out against it.

At least 80 motions – coordinated by groups such as Another Europe is Possible – have been submitted backing a clear Remain view. These motions will be ‘composited’ or merged at a Conference Arrangements Committee meeting tonight. The CAC has a pro-Corbyn majority.