Many young people have been left feeling “disillusioned, disengaged and stressed”. 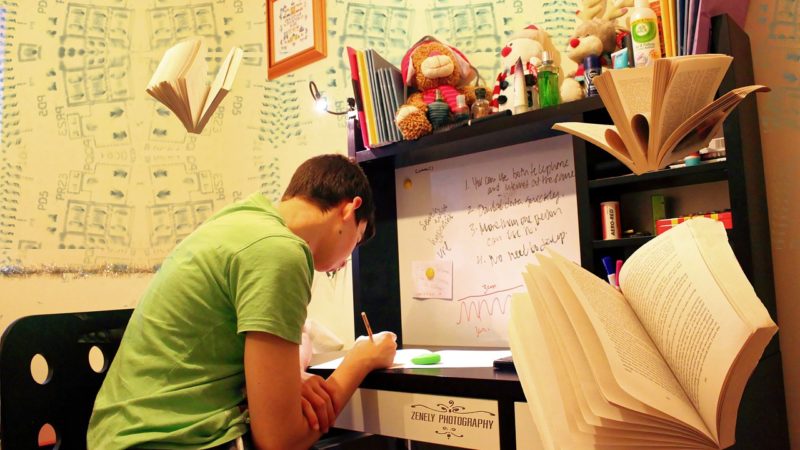 Pass rates and the percentage of top grades have shifted slightly upwards in this years GCSE exams, but campaigners fear that better results have come with more severe consequences.

Over 700,000 teenagers received their results on Thursday, and across England, Wales and Northern Ireland the pass rate rose 0.4 percent, while the percentage of papers with a 7 (which used to be an A) or above rose by 0.3 percent.

The slight improvement comes despite an overhaul in the way GCSEs are carried out, with coursework no longer carrying much weight when it comes to grades.

Teens are also faced with the battle of more tests at the end of the year, rather than tests throughout term time.

The increasingly difficult structure of examination and GCSEs has been reflected by the way grade boundaries have moved.

The National Education Union has warned that many young people have been left feeling “disillusioned, disengaged and stressed” from their GCSE exams, and that there has been a clear impact on mental health and well being of students.

Nansi Ellis, Assistant General Secretary of the National Education Union, said: “It is a major concern that, according to NEU members, the assessment method of the reformed GCSEs is significantly worse for the mental health of students – with 73 percent of members saying this.

“Removing coursework and having most subjects assessed entirely by exams taken at the end of Year 11 makes GCSEs an all-or-nothing, high stakes experience for students, completely unnecessarily, and focuses study on what will be best for passing the exam, rather than on developing a wider skill set.

“To add to this, both the difficulty and size of GCSE content has increased with the reforms. The result is that the majority of schools are feeling forced to start GCSE courses in Year 9, or even earlier, with a view to getting through everything.

“Academics, think tanks and political figures from across the sector, such as former Education ministers and the current chair of the Education Select Committee, are joining education professionals in calling for the scrapping of these measures. Besides the narrowing of the curriculum they cause, many have pointed out how they simply do not, and no matter the tinkering will not accurately measure school effectiveness, rendering them unfit for purpose.”