Mary Creagh confirms Tory plans to Brexit without a deal will cause even more chaos for UK citizens. 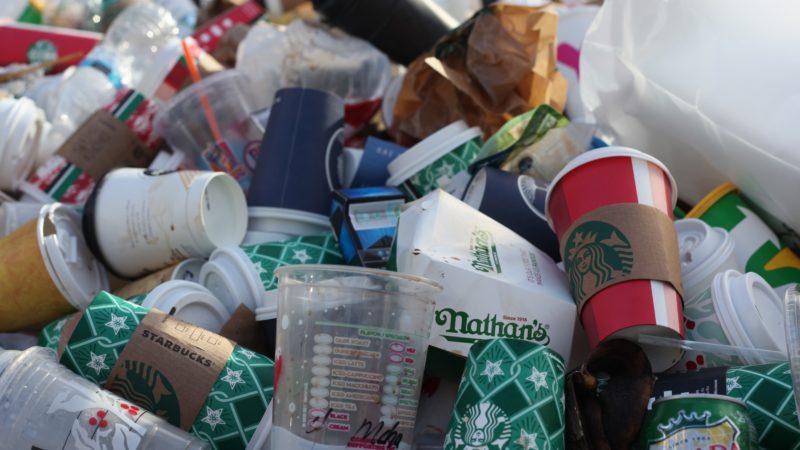 Even a former Tory PM, Margaret Thatcher, understood a basic fact about politics: governments that cannot get the rubbish collected get thrown out of office.

In 1979 she won power in the aftermath of a Winter of Discontent that saw rubbish piled on the streets. Voters were, understandably, disgusted.

Boris Johnson seems to have forgotten this fundamental reality of political life. He is determined to press ahead with a No Deal crash out that threatens to see a return of what civil servants have called ‘putrefying stockpiles’ of uncollected refuse.

After 40 years in which a Europe-wide economy of waste treatment and recycling has emerged, No Deal would leave us stranded without the capacity or the capability to keep our own streets clean.

The People’s Vote campaign has uncovered information that shows that councils are preparing for a post-No-Deal world where road chaos and fuel shortages could lead to cancelled refuse collections, while government instructions to local authorities and companies emphasise the risk that complex refuse processing and recycling chains will break down completely.

This research shows that the shock to the waste control system could be deep and long-lasting, with chaos on the roads in Kent and fuel shortages across the country creating a refuse backlog that could last for a long time after Halloween, when the country could leave the EU without a deal.

In the end No Deal might turn the clock back to when all the rubbish that wasn’t burnt was simply thrown into landfill, with all that means for safety, and air and water quality. A No Deal could quite literally inject poison into our environment.

In addition, there are serious concerns about Britain’s ability to export waste to Europe in the aftermath of a No Deal Brexit.

Councils, central government and waste companies are all concerned that delays at ports, as well as possible regulatory changes, could make it difficult, or even impossible, to export waste to Europe, causing a pile-up of refuse on British streets.

The Environmental Agency also says illegal waste activity may well increase, because much of our waste is exported for recycling and recovery overseas and any disruption to transport arrangements could encourage criminals to dispose of it illegally in England instead.

Companies have been told to review their own capacity and how long they can store waste on their sites, and to identify alternative storage facilities that could accept their waste.

The government has even said that businesses will be able to accumulate more radioactive waste than their permits allow after Brexit, due to fears that leaving the EU could make it harder to transfer such waste to facilities outside the UK.

Radioactive waste is strictly controlled and businesses that produce it must acquire permits limiting how much they can accumulate. But in an April regulatory position statement (RPS), the Environment Agency said businesses will be allowed to temporarily store radioactive waste in excess of these limits at your permitted premises (albeit under certain conditions).

Boris Johnson and the Leave campaigners he has installed in Downing Street are ready to inflict No Deal on the rest of us, despite the threat to the environment, even though they sold Brexit on the basis they’d get a great deal.

Their destructive Brexit is a million miles from what they promised in 2016.

Now we know so much more about what his Brexit would mean – whether you want stay in Europe or leave – it’s only fair to demand that we all have our voice heard in a final say referendum. Anything else is just rubbish.

Mary Creagh MP is chair of the Commons Environmental Audit Committee and a leading supporter of the People’s Vote campaign.

2 Responses to “Food and fuel shortages notwithstanding, No Deal is rubbish”